Environmental taxation in the EU 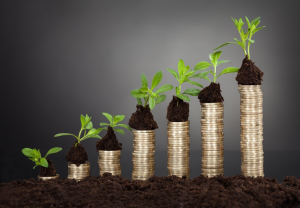 The definition used by Eurostat is “a tax whose tax base is a physical unit (or a proxy of a physical unit) of something that has a proven, specific negative impact on the environment, and which is identified in ESA (European System of Integrated Economic Accounts) as a tax” ( Environmental taxes: Statistical guide , 2013). The tax bases are grouped into four main categories: energy, transport, pollution and resources (see list ).

In a series of reports on environmental tax reform (ETR), the EEA defined ETR as “reform of the national tax system where there is a shift of the burden of taxes, for example on labour, to environmentally damaging activities, such as resource use or pollution”. According to these reports, ETR has two main objectives: to deter environmentally damaging activities by making them more costly and to recycle the revenues gained from environmental taxes to create positive economic and social outcomes, such as increasing employment and boosting incentives to work ( Market-based instruments for environmental policy in Europe , 2005).

For the European Commission, “environmental taxes are an efficient market-based instrument to achieve environment policy objectives while supporting growth-friendly budget consolidation. Shifting the burden of taxation away from labour towards the environment can encourage improvements in resource productivity, enhance innovation and support growth whilst at the same time implementing the polluter-pays principle and ensuring the correct pricing of resources.” ( Resource efficiency: European semester thematic fiche , 2015)

Tax instruments , in: Green policies in the EU: A review , ILO, 2011, pp. 5-17
This paper presents available green policy instruments, such as regulations, tax instruments, the EU ETS, research and development and public investment and discusses how they are adopted in different EU Member States.

2015 Country-specific recommendations in support of the European Semester process , EEB/GBE/CEE bankwatch/WWF, 2015, 53 p.
This study, prepared by four environmental NGOs, produces recommendations for environmental taxation reform in 21 EU Member States based on the outcome from consultation of national experts.

Environmental Tax Reform (ETR) in Europe: Opportunities for the future , IEEP, 2014, 70 p.
This study aims to provide an overview of experiences with environmental taxes in European countries and to assess the impacts and effectiveness of selected ETRs.

Green fiscal reform can create jobs and stimulate innovation across the EU , EEA, 2013
According to a series of studies conducted by the European Environment Agency “environmental taxes can achieve environmental objectives at the same time as raising revenues” in countries affected by the economic crisis as Portugal, Italy, Spain and Ireland.

Environmental tax reform: Increasing individual incomes and boosting innovation , EEA, 2012
In 2011-2012 European Environment Agency commissioned a two-part study on potential benefits of environmental tax reform. The first part focuses on links between ETR and eco-innovation and green technologies. The second addresses ETR’s implications for the distribution of incomes across society. The study reveals that it is possible to reduce income tax, increase innovation and cut pollution by introducing well-targeted environmental taxes and recycling the revenues back into the economy.

The double dividend and environmental tax reforms in Europe , ILO, 2011, 44 p.
This paper examines the double-dividend hypothesis, notably increasing environmental quality and reducing unemployment at the same time, that inspired ETRs implemented in several EU Member States in the 1990s. It discusses the effectiveness of these reforms in order to improve the role of ETRs in realizing the double dividend.

The impacts of environmental regulations on competitiveness , Antoine Dechezleprêtre, Misato Sato, Grantham Research Institute on Climate Change and the Environment, 2014, 28 p.
According to this policy brief environmental regulations make a small difference to productivity and employment; affect only marginally international competitiveness; their benefits often vastly outweigh the costs; and they induce innovation in green technologies with economy-wide benefits.

The KPMG Green Tax Index 2013 , 40 p.
This Green tax index offers an overview of the green tax landscape around the world and a summary of what governments are putting in place. It focuses on 21 major economies. A high ranking in the Index means that the government is more active than others in using its tax system to drive sustainable business and achieve green policy objectives. It does not necessarily mean that a country is ‘greener’ than others.

Taxing energy use: A graphical analysis , OECD, 2013, 256 p.
This publication provides with comparative analysis of the structure and level of taxes on energy use in all OECD countries. It contains overviews of energy taxes and graphical profiles by country.

Inventory of estimated budgetary support and tax expenditures for fossil fuels 2013 , OECD, 2013, 442 p.
This is a compilation of over 550 measures that support fossil-fuel production or use in all OECD countries. Those measures had an overall value of about USD 55-90 billion a year between 2005 and 2011. Summary of the main findings, background information on the context and methodology, and country data are available.

Taxes on natural resources reduce use of raw materials , In: Science for Environment Policy , November 2011, 1 p.
This is a summary of recent study that investigated how taxes on raw materials used in construction, such as gravel and sand, have reduced the use of these resources in Denmark, Sweden and the UK.

6 thoughts on “Environmental taxation in the EU”