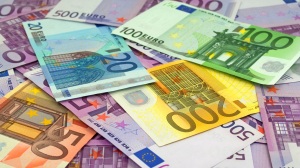 On 23 June 2015, the European Parliament and the Council agreed on a compromise regarding the reform of the European Small Claims Procedure (ESCP). The compromise, which still requires to be formally adopted by the two co-legislators in the coming months, provides that the ceiling for claims will be raised from the current €2 000 to €5 000. In five years’ time the Commission will be asked to look into the possibility of raising the ceiling even further. The court fees charged to claimants will have to be proportional to the value of the claim, but there will be no fixed cap on fees. Member States will have to accept electronic payments of court fees. The Commission’s proposal to expand the scope of the ESCP to domestic cases with some cross-border implications was not taken on board. Although for the time being employment cases will not be subject to the ESCP, the Commission will be asked to look into the matter again in five years’ time. The use of remote communications technology, like videoconferencing, will be increased and encouraged, although the Member States will not be under a legal duty to install such equipment.