Written by Marc Hall,
in cooperation with Clare Ferguson,

Improving the energy efficiency of one’s home can greatly reduce energy bills. Energy efficiency investments, such as improved insulation in the walls and windows, the use of smart meters that regulate energy usage and systems that redirect energy (such as for cooking) to other uses, can pay for themselves within a relatively short period of time. When expanded more widely, particularly to include large buildings such as office blocks, these changes can have many positive effects for society at large, helping to abate climate change and reduce poverty by lowering energy bills. However, building owners have been reluctant to invest in renovations, which are expensive and often involve complicated legal, technical and financial considerations.

2014 energy consumption by sector in the EU

Buildings use a huge amount of energy. According to Eurostat, buildings account for 38.1% of energy consumption in the European Union, more than any other sector, including transport (33.3%) and industry (25.9%). Residential buildings account for 24.8% of the total. The vast majority of the energy used in buildings is for heating and cooling systems (85%). This means that not only can simple measures such as improved insulation increase comfort in homes; they can also greatly reduce final energy consumption, saving on costs.

The benefits do not end with lower bills. The large share of energy consumed in buildings translates into a high proportion of greenhouse gas emissions (GHG): some 36% of the EU’s total GHG emissions can be attributed to this source (despite the issue figuring on the EU agenda since the mid-1980s). According to the Stern Review, if emissions are not reduced, losses from climate impacts could amount to 5-20% of GDP. This demonstrates the need for action to reduce emissions and thereby meet global climate goals. The EU is unlikely to be able to achieve its own climate objectives, such as the reduction by 80-95% of GHG emissions by the year 2050 compared to 1990 levels, without more energy efficient buildings. 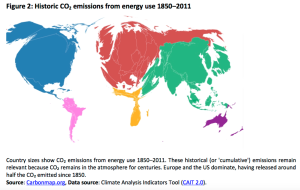 More energy efficient buildings also mean lower energy costs for the poorest members of society, who spend a greater proportion of their income on heating and cooling than those with a higher income. Between 50 and 125 million people in the EU are at risk of energy poverty, unable to keep their homes warm and pay their energy bills. The causes are varied, but inefficiency of energy usage can be a major factor: the European Commission suggests that energy poverty could be defined as people spending too much – even twice the average – on energy products, or households having difficulty paying their energy bills. This can be the result of a combination of factors that include low income, high energy prices and inefficient use of energy.

There is a risk that EU energy and climate policy could increase the risk of energy poverty, mainly due to financing the cost of the transition to renewable energies through utility bills. The European Parliament has asked the Member States and the Commission to introduce zero interest credits for energy efficiency improvements for low income households, one of a number of measures it has suggested to avert energy poverty.