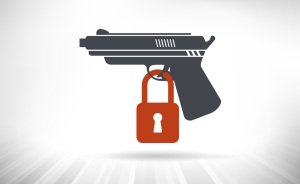 In the aftermath of the Paris terrorist attacks, in November 2015 the European Commission presented a package of measures aiming to tighten control on the acquisition and possession of firearms in the European Union, improve traceability of legally held firearms and enhance cooperation between Member States, as well as ensure that deactivated firearms are rendered inoperable.

The proposal to amend the current ‘Firearms Directive’ (Directive 91/477/EEC) was part of this package. It aimed to ban some semi-automatic firearms for civilian use, as well as to include some previously excluded actors (collectors and brokers) and blank-firing weapons within the scope of the Directive. Parliament and Council reached agreement on the proposal in December, and formally adopted it in March and April respectively. The new directive reduces the number of weapons categories and changes the classification of certain types of weapons, while strictly defining exceptions for civilian use of the most dangerous weapons. It entered into force on 13 June 2017, with the deadline for transposition of most provisions set at 14 September 2018.