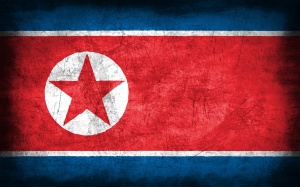 North Korea has stepped up its nuclear plans with the underground detonation of a hydrogen bomb and tests of its first suspected Intercontinental Ballistic Missiles (ICBMs), moves perceived as a major threat to global security. Speaking at the United Nations General Assembly on 19 September, U.S. President Donald Trump threatened to “totally destroy” North Korea if the United States is forced to defend itself or its allies against that country. The isolated communist régime of Kim Jong-un has continued its nuclear programme despite repeated rounds of sanctions imposed by the U.N. Security Council and diplomatic efforts to diffuse the conflict.

This note offers links to recent commentaries and reports published by major international think tanks and other organisations on the North Korea crisis.

Time for China to step up in North Korea crisis
Chatham House, September 2017

North Korea: Sanctions and marketization from below
Bruegel, September 2017

Time to prepare for the worst in North Korea
Center for Strategic and International Studies, September 2017

A Strategy for dealing with North Korea
Atlantic Council, September 2017

Can the world live with North Korea’s bomb?
Centre for European Reform, September 2017

Beyond strategic patience with North Korea: What comes next?
Rand Corporation, September 2017

Is it legal for President Trump to order an attack on North Korea?
Peterson Institute for International Economics, September 2017

Despite H-bomb test, negotiate with North Korea, but from a position of strength
Brookings Institution, September 2017

Is it time for hard power in North Korea?
Carnegie Europe, September 2017

North Korea’s nuclear-armed missiles: Options for the US and its allies in the Asia-Pacific
Stiftung Wissenschaft und Politik, September 2017

The march of folly jointly led by Kim Jong-Un And Donald Trump
Institute for Defence Studies and Analyses, September 2017

How worried should we be about a nuclear war with North Korea?
Chatham House, August 2017

How did North Korea get its nuclear capabilities so far so fast?
Rand Corporation, August 2017

Regime change in North Korea: Be careful what you wish for
Woodrow Wilson International Center for Scholars, August 2017

Will North Korea and the United States go to war?
Institute for Defence Studies and Analyses, August 2017

Read this briefing on ‘North Korea‘ on the Think Tank pages of the European Parliament.