Glyphosate, one of the world’s most widely used active substances in herbicides, has become the subject of controversy. A proposal by the European Commission to renew its approval for five years failed to gather a qualified majority of Member States and is to be submitted to an appeal body. The European Parliament has called for glyphosate to be phased out by 2022. 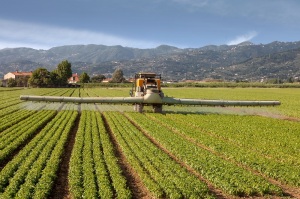 Glyphosate is an active substance used in broad-spectrum herbicides. On the market since 1974, it has been one of the world’s most commonly used active substances in plant-protection products. Research indicates that, in 2014, 826 million kg of glyphosate was used globally, of which 90 % was in agriculture. Other uses are mainly for weed control in gardens and non-cultivated areas. The Glyphosate task force, an industry consortium, stresses that glyphosate enables higher crop yields and reduced labour requirements in farming. The Pesticide action network coalition of environmental non-governmental organisations (NGOs) has meanwhile highlighted environmental and health concerns.

Plant protection products undergo a dual approval process: active substances are approved at European Union (EU) level by Commission implementing acts after a vote by a standing committee of Member State representatives, and products containing the active substance are subsequently authorised at national level. The EU approval of the active substance glyphosate expires on 15 December 2017.

In July 2015, the International Agency for Research on Cancer (IARC), a branch of the World Health Organization, classified glyphosate as ‘probably carcinogenic to humans’ while, in November 2015, the European Food Safety Authority (EFSA) found it ‘unlikely to pose a carcinogenic hazard to humans’ based on a ‘large body of evidence’, including ‘key studies not considered by IARC’ that remain unpublished. Following these divergences, the European Chemicals Agency (ECHA) concluded in March 2017, on the basis of the evidence used by EFSA, that glyphosate did not class as a carcinogen. However, the release of internal industry documents (known as the ‘Monsanto Papers’) in the context of lawsuits filed in the United States have triggered allegations that industry sought to influence the scientific evidence. The European Parliament organised a public hearing on the topic on 11 October 2017. A European Citizens’ Initiative (‘Stop glyphosate’) was submitted to the European Commission on 6 October 2017, having collected over a million signatures.

In July 2017, the Commission proposed to renew the approval of glyphosate for 10 years. In the face of opposition by some Member States, the Commission proposed, in early November 2017, a five-year renewal based in part on the position of the European Parliament (see below). On 9 November 2017, the proposal failed to gather the required majority (16 Member States accounting for 65 % of the EU population) in the standing committee of Member States. It should be submitted to an appeal committee made up of senior Member State representatives by the end of November. If no qualified majority emerges, the Commission would have the power to renew the approval, although it indicated in July 2017 that it was unwilling to do so.

In its resolution of 24 October 2017, Parliament called on the Commission and Member States not to allow household uses of the substance, as well as agricultural uses where non-chemical alternatives exist, after 15 December 2017, with all agricultural uses to be phased out by 15 December 2022. It also called for risk assessments to be based only on published peer-reviewed and independent studies.

Read this At a glance on ‘Approval of glyphosate: Latest developments‘ on the Think tank pages of the European Parliament.