China [What Think Tanks are thinking] 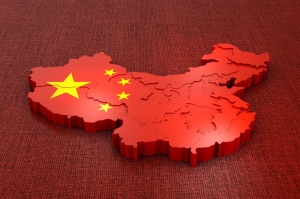 The National People’s Congress has recently confirmed Xi Jinping as China’s President, along with several appointments of his allies to top state jobs. It has also approved amendments to China’s Constitution which, in particular, abolish the limit of two five-year terms for the office of the President, prompting concerns that the country is moving towards a more autocratic system. These decisions have cemented Xi’s grip on power in a country that plays an increasingly important role in the global economy as well as in security and foreign affairs. Analysts say that China’s growing assertiveness poses a challenge to the United States, whose policies are becoming increasing unpredictable, and to other international actors.

This note offers links to recent commentaries, studies and reports from major international think tanks on China, its ties with the EU and related issues. More studies on the topics can be found in a previous edition of ‘What Think Tanks are thinking’ published in June, 2017.

The Indo-Pacific: A passage to Europe?
European Union Institute for Security Studies, March 2018

Dancing with the bear: Macron in China
European Council on Foreign Relations, January 2018

Macron gets the timing right in China as energetic standard-bearer for Europe
Carnegie Endowment for International Peace, January 2016

The good, the bad and the ugly: Chinese influence in the Western Balkans
EUROPEUM Institute for European Policy, October 2017

China in the Balkans: The battle of principles
European Council on Foreign Relations, July 2017

All that Xi Wants: China’s Communist Party is trying to reform the country from the top down
Deutsche Gesellschaft für Auswärtige Politik, March 2018

In China, the dawn of the Xi dynasty?
Atlantic Council, February 2018

China is likely to enter another long period of severe dictatorship
Council on Foreign Relations, February 2018

Xi’s rule for life: What does our anxiety reveal?
European Council on Foreign Relations, February 2018

U.S. policy toward China: Dumping the baby, the bathwater, and the tub
Council on Foreign Relations, February 2018

Power and influence in a globalized world
Atlantic Council, February 2018

China has big plans to win the next war it fights
Rand Corporation, February 2018

The competition for status could increase the risk of a military clash in Asia
Rand Corporation, February 2018

The US–Chinese power shift and the end of the Pax Americana
Chatham House, January 2018

Geostrategic and military drivers and implications of the Belt and Road Initiative
Council on Foreign Relations, January 2018

The Belt and Road Initiative aka: One belt one road scheme
Observer Research Foundation, January 2018

No longer a new kid on the block: China in the Middle East
Centre for European Policy Studies, November 2017

China at the dawn of a new era? The 19th National Congress of the Communist Party
Institute for National Security Studies, November 2017

Xi transforms the PLA: How the military is being adapted to China’s changing global position
Polish Institute of International Affairs, October 2017

The four traps China may fall into
Council on Foreign Relations, October 2017

A warning shot for Xi and Trump
Clingendael, July 2017

China’s “matryoshka” approach for debt-to-equity swaps could be good for banks, but bad for investors
Bruegel, March 2018

Dollar doubts? Bet on the euro before the renminbi
Carnegie Endowment for International Peace, March 2018

China’s economy is not normal. It doesn’t have to be
Carnegie Endowment for International Peace, March 2018

How to avert a trade war with China
Brookings Institution, February 2018

Global competition and the rise of China
Peterson Institute for International Economics, February 2018

Why Beijing should dump its debt
Carnegie Endowment for International Peace, January 2016

China will be crucial to creating a global circular economy
Chatham House, December 2017

The scorecard on development, 1960–2016: China and the global economic rebound
Center for Economic and Policy Research, October 2017

Is China deleveraging? Too early to cheer
Bruegel, September 2017

Why China is cracking down on cryptocurrencies and ICOs
Peterson Institute for International Economics, September 2017

Read this briefing on ‘China‘ on the Think Tank pages of the European Parliament.

3 thoughts on “China [What Think Tanks are thinking]”