Performance-based Budgeting: A means to improve EU spending in the 2021-2027 MFF? 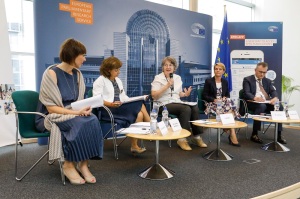 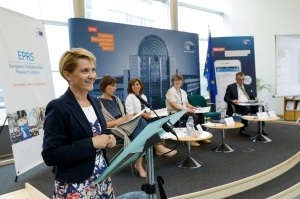 The next panellist, Martina DLABAJOVÁ focused on her experience of dealing with the topic as a member of the Committee on Budgetary Control (CONT) of the European Parliament and the Rapporteur in the discharge procedure for the EU general budget 2014. DLABAJOVÁ pointed out the need to change thinking around budgetary control, from focusing on errors and mistakes to results, performance, and lessons learned. DLABAJOVÁ noted ‘the biggest failure is that we are very good in highlighting errors, mistakes and frauds that form less than 5 % of the EU budget, instead of focusing on promoting the successful stories that form 95 % of the Union’s tax payers contributions’. She continued by adding that performance and results make it easier for citizens and stakeholders to understand the objectives and impacts of the EU budget. Informing citizens of EU achievements is crucial, as the EU future and its budget are based solely on their trust. 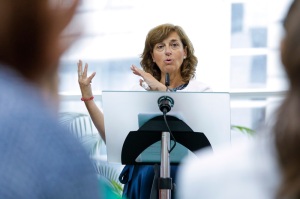 The floor was then taken by Maria Rosa ALDEA BUSQUETS, who presented the Budget Focused on Results Initiative and emphasised the European Commission’s commitment to implementing performance budgeting. Continuing with actions taken, ALDEA BUSQUETS pointed out the improved reporting with the Integrated Financial Reporting Package (including the Annual Management and Performance Report), simplification of the Commission’s financial rules, and the execution of a Spending Review. ALDEA BUSQUETS also emphasised that the proposal for the next MFF has an increased focus on EU added value and includes further measures to improve the performance framework such as: drastically reducing the number of ‘corporate’ indicators embedded in the spending programmes, decreasing the number of programmes, and creating more flexibility. However, she also noted that creating a full performance culture is a time-consuming process. Furthermore, she highlighted that many challenges remain in this process, specifically for the EU budget with regards to shared management with Member States, and called for the support of the Parliament, Council, Court of Auditors, as well as other stakeholders in the implementation of performance budgeting. 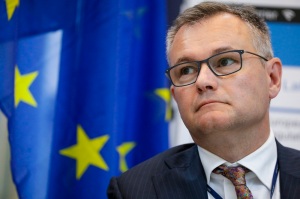 The final speaker, Joël COSTANTZER presented the Court of Auditor’s view on the EU performance framework. He highlighted the Court’s overall support for all initiatives that make the EU more performance-oriented and gave examples of the Court’s special reports published recently and focused on the different aspects of performance and results. COSTANTZER described some limitations to implementation of the method to the EU budget, namely the MFF’s limited flexibility as compared to national budgets, the coexistence of different performance frameworks, the use of a large number of sometimes non-relevant objectives and indicators by the Commission. He added that, for the EU, the discussion on the new MFF is a major opportunity to improve implementation of performance budgeting. Therefore, although the negotiations on the 2021-2027 MFF are still in the initial phase, the Court has already noted the positive changes included in the Commission’s proposal, in particular the strong focus on the European added value and performance. In the future, the Court of Auditors will analyse the proposal in detail and the actual steps taken to improve performance orientation of the EU budget.

The roundtable discussion was followed by a lively Q&A session.

2 thoughts on “Performance-based Budgeting: A means to improve EU spending in the 2021-2027 MFF?”