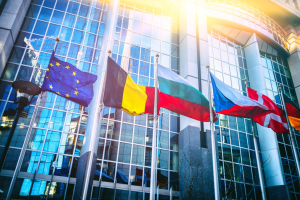 Ex-ante impact assessment and ex-post evaluation are regulatory policy tools that help inform the policy-making process with evidence-based analysis. Geared towards rationalising policy-making, these tools aim at raising the quality of policies and legislation. The use of impact assessment and evaluation is wide-spread across Europe, as virtually all countries have developed frameworks for regulatory governance. This development is somewhat due to the European Union (EU) and the Organisation for Economic Co-operation and Development (OECD), two actors that have strongly inspired and shaped regulatory policy reform across Europe. However, national Better Regulation agendas are largely government-driven, often leaving parliaments marginalised in the process. Notwithstanding, both the EU and the OECD acknowledge that Better Regulation is a shared responsibility between the executive and the legislative branch. The aim of this study is to shed light on the parliamentary dimension of Better Regulation, by capturing the practices of 38 national parliaments.

The first chapter contextualises the role of parliaments in Better Regulation and reflects on concrete areas for parliaments to join in the process. There is considerable potential for parliamentary involvement at both ends of the policy cycle – impact assessment and evaluation. While such engagement can take multiple forms (spanning from passive scrutiny to an active use of the tools), it relates to two parliamentary core functions: law-making and oversight.

The regulatory policy potential of parliaments is exemplified by the case of the European Parliament (EP), where the use of impact assessment and evaluation has, a mere ten years after their instigation, encountered a high degree of institutionalisation. The systematic use of these regulatory policy tools strengthens EP committees’ position in law-making, and in holding the executive to account. Overall, it facilitates effective scrutiny of European Commission action and leads to better informed policy-making.

Based on survey data from 37 national parliaments across Europe plus the Canadian Parliament, chapters 2 and 3 analyse the level, types, processes, particularities as well as, to the extent possible, the impact of individual parliaments’ engagement in impact assessment and evaluation of those parliaments that choose to get involved. Many do not (or not yet) take an active role: the survey revealed that roughly half of the surveyed parliaments do not engage beyond classical parliamentary scrutiny mechanisms within the general framework of parliamentary control. Non-engagement can have multiple reasons; some survey respondents pointed explicitly at the distinct roles and/or the strict separation of power of the executive and the legislative, while others said they simply do not have the necessary capacities.

From amongst the non-EU countries, Switzerland and the United Kingdom (UK) stand out with their policy evaluation mechanisms. The Canadian Parliament has a long heritage of performing post-enactment reviews, as opposed to the parliament of Moldova, which has only set up evaluation capacities with the support of an external capacity-building programme in recent years. Finally, the Albanian and Montenegrin parliaments have lately amended their rules of procedure to allow for policy evaluation. The latter three are examples of countries that have implemented Better Regulation systems in the context of their enlargement or association process with the EU.

From a comparative perspective, parliaments engaging in one way or another in regulatory policy show highly diverse patterns. This can be explained by the fact that ambition and type of engagement are determined by a number of external factors, including parliaments’ capacities, political will, the approach of the respective country’s government to Better Regulation and not least the function of the parliament in the constitutional/legal/political system of the country. One conclusion to draw from this study is that parliaments show great diversity in terms of drivers, depth and types of engagement. There is no ‘one size fits all’ approach.

Chapter 4 of this study seeks to capture, from a comparative perspective, some patterns in the regulatory policy activities of the parliaments surveyed. This concerns mainly parliaments’ level of engagement and some reflection on where these impact assessment and evaluation capacities are located in parliaments’ organisation.

Read the complete study on ‘Better Regulation practices in national parliaments‘ in the Think Tank pages of the European Parliament.

One thought on “Better Regulation practices in national parliaments”