Outcome of the European Council video-conference of 19 June 2020 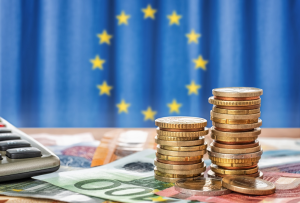 At their video-conference meeting on Friday 19 June, EU Heads of State or Government focussed essentially on the revised proposal for the 2021-2027 Multiannual Financial Framework (MFF), together with the coronavirus Recovery Plan for the European economy. As announced, this exchange of views was effectively a ‘stepping-stone’ in an on-going discussion, and as expected, no final agreement was reached during this video-conference. Nevertheless, EU leaders used this first opportunity to jointly discuss and clarify their positions on the European Commission’s new proposals. While consensus is emerging on certain issues, differences in views remain substantial, notably on the overall size of the EU budget, the use of rebates, the balance between loans and grants, and the allocation criteria for funding. Aware of the need to provide funding to a severely affected European economy as soon as possible, the European Council will convene again around the middle of July – this time for an in-person meeting – to attempt to reach a political agreement. Those discussions will be based on concrete proposals which the President of the European Council, Charles Michel, will submit ahead of that meeting.

In addition to this central topic, EU Heads of State or Government were briefed on the state of play in the negotiations on the future EU-UK partnership, on the EU’s economic situation and on the implementation of the Minsk agreements.

This video-conference of the Members of the European Council on 19 June was the fifth virtual meeting since the outbreak of the coronavirus crisis and lasted around four hours. In accordance with Article 235(2) TFEU, the President of the European Parliament, David Sassoli, addressed the European Council at the start of its proceedings. The Prime Minister of Croatia, Prime Minister Andrej Plenković, President-in-Office of the Council of the EU, provided an overview of the results achieved during the Croatian Presidency of the Council.

The video-conference on 19 June was the first opportunity for EU leaders to jointly discuss the European Commission’s revised proposal for the 2021-27 MFF, together with its proposal for an EU recovery fund, entitled ‘Next Generation EU’, which the President of the European Commission, Ursula von der Leyen, had presented to EU Heads of State or Government. Prior to the meeting, the President of the European Council, Charles Michel, had already indicated that no agreement was to be expected at this stage, as ‘there is still quite some way to go towards an agreement, so we will need to work hard in the coming days and weeks’.

In his invitation letter, Charles Michel outlined the points on which he felt a consensus was emerging, and those where views still needed to converge. In his view, the areas of growing convergence among leaders included the propositions that: (i) the EU needs to give exceptional response to the current unprecedented crisis; (ii) the means of financing the response should emerge from borrowing by the Commission on the financial markets, a process which would also require an increase in the own resources ceiling; (iii) the response should support the most affected sectors and geographical areas of Europe; (iv) there is a ‘package’ character to the next MFF and the Recovery Plan; (v) beyond the immediate crisis, funding from the recovery fund should help to embrace a green and digital future. Following the video-conference, the President of the European Commission, Ursula von der Leyen, confirmed this assessment and added that many EU leaders were aligned in the belief that the political agreement should be reached before the summer.

However, as outlined in the EPRS’s Outlook for this meeting, published in advance of the event, substantial divergences still remain regarding: (i) the size of the budget; (ii) the existence and size of rebates; (iii) the balance between policy areas; (iv) the balance between loans and grants; (v) the allocation criteria for funding; and (vi) the length and modalities of repayment.

The video-conference meeting on 19 June seems to have brought some progress, and the first possible trade-offs between sensitive issues, notably between rebates and the size of the recovery fund, were mentioned.

President Sassoli stressed that the Parliament considered the Commission’s ambitious proposal as a starting-point and ‘will accept no retreat from this initial position’, but rather seek to improve it. He also underlined that ‘any common debt issued must be repaid fairly, without burdening future generations’. President Sassoli recalled that political agreement in the European Council, once reached, does not end the negotiations, which can only be concluded with an agreement between the Parliament and the Council. He also announced that the Parliament was aiming to increase the financial allocations for the Erasmus+ programme (i.e. the EU’s programme to support education, training, youth and sport in Europe) during the negotiations.

Charles Michel announced that EU leaders were now entering a new phase, the negotiation phase, which he was intending to start immediately. In an attempt to conclude the negotiations, EU Heads of State or Government would meet in person around the middle of July. Ahead of that meeting, President Michel will present concrete proposals, drawing up a new ‘negotiating box’ (i.e. a document aimed at facilitating the gradual completion of negotiations to prepare the final deliberation in the European Council) which would replace the one he had presented on 14 February 2020, which found no consensus.

The outbreak of the coronavirus pandemic has had a dramatic impact, both on the world economy and more specifically on the EU and euro-area economies. The IMF predicts that the world economy could contract by 3 % in 2020, whilst, according to the latest Commission forecast, GDP in the EU and in the euro-area economies could decrease by 7.5 % and 7.75 % respectively. The President of the European Central Bank (ECB), Christine Lagarde, was invited to brief the EU Heads of State or Government on the economic situation at their meeting on 19 June. According to an ECB analysis for the euro area, GDP fell by 3.8 % in the first quarter of 2020, and a further drop by 13 % is expected for the second quarter, despite the loosening of the lockdown rules in many countries. The ECB predicts an even worse contraction of GDP in the euro area, which could amount to 8.7 % in 2020. For 2021 and 2022 however, many actors (ECB, Commission, IMF) forecast at least a partial recovery. During her intervention, President Lagarde reiterated that the recovery plan should be agreed and finalised as quickly as possible to promote recovery and minimise market turbulence.

Presidents Michel and von der Leyen briefed EU leaders on the outcome of the high-level conference held between the EU and the UK on 15 June 2020, as provided for in the Withdrawal Agreement. Talks will intensify throughout July, with the aim of reaching ‘an early understanding on the principles underlying any agreement’. After four rounds of negotiations this year, divergences of views between the EU and the UK have remained substantial in a number of areas, in particular regarding level playing-field provisions (state aid, environmental and social standards, taxation, sustainable development), police and judicial cooperation, and fisheries, as well as on the governance framework. Presidents Michel and von der Leyen emphasised that progress was still needed in these areas, as well as on the implementation of the Withdrawal Agreement, and in particular of the Protocol on Ireland and Northern Ireland. At the 12 June EU-UK Joint Committee, the UK had also confirmed that it would not request an extension of the transition period before 30 June 2020, the date which, under the provisions of the Withdrawal Agreement, would have been the last opportunity to do so.

President Sassoli underlined that ‘an ambitious, overarching and comprehensive agreement’, in line with the October 2019 political declaration, ‘is the best possible outcome for both sides and, despite the limited time available, with goodwill and determination, it is still possible’.

Implementation of the Minsk agreements

Following a briefing by the German Chancellor, Angela Merkel, the European Council approved the renewal of the economic sanctions imposed on Russia and linked to the implementation of the Minsk agreements.

Climate change, a topic which EU leaders had, prior to the pandemic, committed to discuss at their June 2020 meeting, was absent from the agenda. This postpones to an unspecified point in time the debate on the end of the temporary exemption granted to Poland in December 2019, when the country announced that it could not commit to ‘the objective of achieving a climate neutral economy by 2050’. President von der Leyen stressed that, as part of the MFF debate, EU leaders have expressed support for the green dimension. Securing the green envelope in the form proposed by the European Commission in May 2020 might enable Poland to commit to the 2050 climate objective, since the country would be among the top three beneficiaries of the Just Transition Fund.

Strategic guidelines for the area of freedom, security and justice

The European Council Oversight Unit within the European Parliamentary Research Service (EPRS)monitors and analyses the delivery of the European Council in respect of the commitments made in the conclusions of its meetings, as well as its various responsibilities either in law or on the basis of intergovernmental agreements.
View all posts by ECOS »
« Coronavirus in south-east Asia: Health, political and economic impact
Coronavirus and prisons in the EU: Member-State measures to reduce spread of the virus »