The European Commission is the executive body of the European Union. Under the Treaties, its tasks are to ‘promote the general interest of the Union’, without prejudice to individual Member States, to ‘ensure the application of the Treaties’ and adopted measures, and to ‘execute the budget’. It also holds a virtual monopoly on the right of legislative initiative, alone proposing nearly all EU legislation to the European Parliament and the Council of the EU.

Read the complete briefing on ‘European Commission: Facts and Figures‘ in the Think Tank pages of the European Parliament. 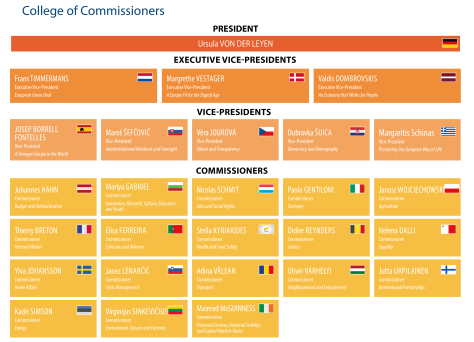 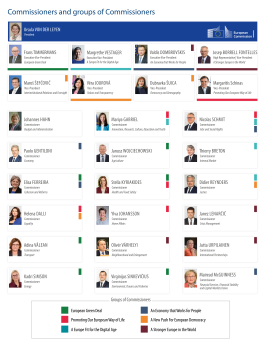 The College of Commissioners in historical perspective

Political make-up of the College of Commissioners

College of Commissioners by age and gender

Number of staff by Directorate-General 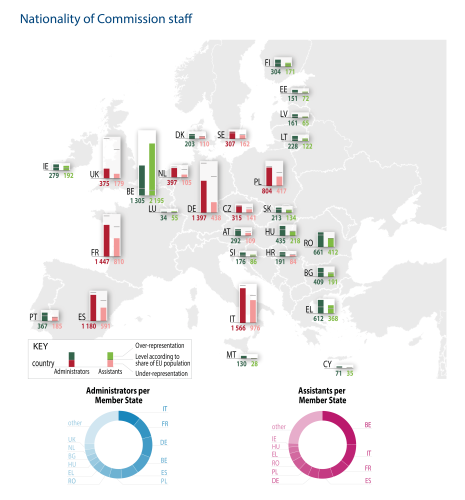 Gender distribution and size of each Directorate-General

Gender distribution of staff by age

Proposals and legal acts adopted by the Commission 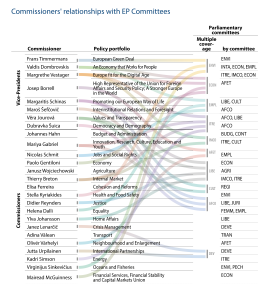 « Transnational electoral lists: Ways to Europeanise elections to the European Parliament
2020 ESPAS Conference – Thinking about the Future: Europe’s Road to 2030 »