A bicameral structure for the European Union has been proposed on numerous occasions. A frequent suggestion, and one designed to address the EU’s alleged democratic deficit, is for a second chamber composed of national parliamentarians alongside the European Parliament. However, it is also argued that the EU already has a second chamber, the Council of the EU – representing Europe’s nations, with the first chamber, the EP, representing its citizens. 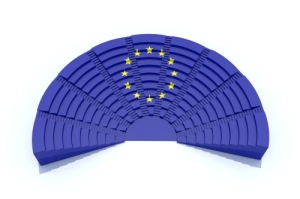 In regard to this latter view there are differing opinions. For some, the need for the EP to achieve an absolute majority in order to amend or reject a common position reached by the Council in second reading means that it cannot be considered a “true” bicameral structure, with equal partners. Nevertheless, the conciliation committee – which institutionalises the bargaining process between the EP and the Council under the ordinary legislative procedure – is seen by a number of commentators as a reflection of bicameralism at EU level, since representatives of both the EP and Council are present while the Commission plays the role of a mere mediator.

Some commentators bemoan the attempts of the EP and the Council to pass legislation at first reading, thus bypassing the Conciliation Committee. In order to achieve an agreement at such an early stage, Parliament and Council engage in informal negotiations (trilogues), also involving the Commission, and thus depart from a bicameral model where the proposal is deliberated first in each of the chambers. However some authors argue that the EP has been very successful in its bargaining with the Council, sacrificing short-term policy interests in exchange both for treaty reforms which have granted greater rights to the Parliament and long-term policy concessions. In the view of many, this strategy has led to the development of a genuine bicameral system.

Furthermore, many see the different voting behaviour of MEPs, in comparison with the positions of “their” national governments, as another argument that there is an existing “bicameral culture” at EU level. According to a study analysing MEPs’ voting behaviour from 1979 to 2006, voting in the EP increasingly takes place along transnational party lines, and decreasingly along national lines. The authors compared the EP and the US Congress and assert that MEPs vote even more along party as opposed to national lines than US congress members do on state lines. Moreover, the study shows that the Council has also evolved towards a “real” legislative body, with political conflicts and coalitions based on ideological preferences.