Fisheries agreements with non-EU countries are intended to allow EU vessels to fish for surplus stocks in the third countries’ exclusive economic zones in return for a financial contribution. They are negotiated by the European Commission (EC) based on a Council mandate, and ratified by the Council after consent of the European Parliament (EP). The 2002 reform of the Common Fisheries Policy (CFP) led to a transition from traditional fisheries agreements, mostly based on the principle of ‘pay, fish and go’, to a more sustainable approach under the current Fisheries Partnership Agree­ments (FPAs).

The EU-Morocco FPA was concluded in 2006. Its Protocol defined the fishing opportunities offered to EU vessels within the limits of the surplus stocks available, as well as the volume of the financial contribution, for a four-year period. Following its expiry, the EC initialled a one-year renewal in June 2011, but the EP rejected its conclusion in December 2011. Members stressed that the agreement had a low cost-benefit ratio, that it did not guarantee the sustainability of the stocks exploited (out of the 11 species included five were over-exploited and another four fully exploited), and that it did not respect international law since it was not clear whether the FPA benefited the population of the disputed Western Sahara region (see box). Provisional application of the Protocol thus ended on 20 December 2011.

Main elements of the new Protocol 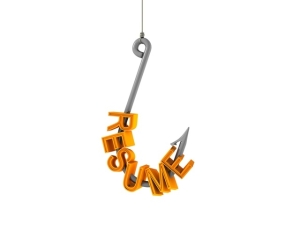 signature. The proposal addresses EP concerns over the cost-benefit ratio, through increased fishing opportunities for a reduced EU financial contribution (down from €36.1 million to €30 million per year, of which €16 million is for access rights and €14 million for developing Moroccan fisheries policy). It undertakes to promote responsible and sustainable fishing. The new Protocol would require Morocco to provide regular reports on the use of the financial contribution, notably on the economic and social benefits on a geographical basis. Finally, it contains a standard suspension clause in the event of a dispute between the parties. However, human rights are not mentioned in this clause as in other FPAs, but only under the general principles, with reference to the Association Agreement with Morocco.

On 15 November 2013, the Council adopted by qualified majority the decision approving the signature. However, in discussions preceding the adoption, representatives of some Member States including Germany and The Netherlands expressed concerns on the Western Sahara, and others, such as Sweden and Denmark stated that they would vote against adoption.

During their discussions, Members of the EP’s Fisheries Committee acknowledged some improvements in the text but also deplored the absence of a specific human rights clause. On 27 November 2013, the Committee approved the conclusion of the new Protocol (rapporteur Carmen Fraga Estévez, EPP, Spain) by 13 votes to 8, with 2 abstentions.