The MFF 2014-2020: how much can the EU budget contribute to growth and employment?

Corresponding to around 1% of the EU’s gross national income (or 2% of public spending in the EU), the EU budget is considered small in size by many analysts and its impact on the economy of the EU is debated. However, the role that the EU budget can play in economic recovery should not be underestimated. As the European Commission (EC) President Barroso recently pointed out, it represents – for one single year and in today’s prices – more funds than the whole Marshall plan in its time. 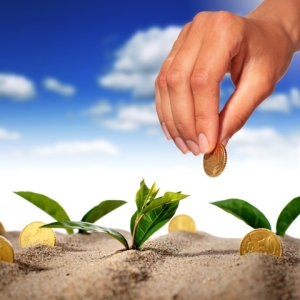 The EU budget is different in nature and function from national budgets, notes the EC, since it is mainly an investment budget with a focus on measures with a European added value. As such, a significant part of it is devoted to initiatives that can promote sustainable growth and job creation in Europe. This becomes ever more important in times of crisis. The recently agreed Multiannual Financial Framework (MFF) 2014-20, which sets the EU budgetary structure for the next seven years, seeks to focus spending priorities on sustainable growth, employment and competitiveness, pursuant to the objectives of the Europe 2020 strategy.

Co-financing is another interesting feature of the EU budget that can increase its impact on inclusive growth. This means that EU spending is normally used in conjunction with funding from other public and/or private sources, thus resulting in total investments higher than the EU contribution proper. To some extent, this is already the case for traditional grants. In addition, with a view to maximising the so-called multiplier effect of the EU budget, innovative financial instruments (triggering equity or debt funding) have been developed to support economically viable investments in line with EU objectives. The possible leverage can vary significantly from one instrument to another. An example is given by soft loans in Northern Italy under the JEREMIE initiative: every euro of a soft loan triggered €4.5 of private investment.

Nevertheless, in the debate accompanying the long negotiations for the 2014-20 MFF, some commentators and stakeholders maintained that, in order to have a significant impact on the economy and employment, the EU budget should be increased and reformed in a way that the focus is even more shifted towards initiatives boosting growth and employment.

Furthermore, efforts to tackle the euro crisis and strengthen the European Monetary Union have seen discussions on the possible role of the EU budget. However, this is generally not deemed to be able to tackle asymmetric economic shocks due to its size and little flexibility in the context of MFF planning. One idea on the table is the creation of a specific “fiscal capacity” for the euro area, which could in the longer term evolve into a so-called “euro area budget”. A fiscal policy tool, some analysts argue, is necessary in order to ensure economic and financial stability, a precondition for economic growth.

One trillion euro to invest in Europe’s future – the EU’s budget framework 2014-2020. Press release IP/13/1096, 19/11/2013.
The European Commission stresses that the MFF spending priorities are geared to economic recovery, growth, employment and competitiveness.

Implementation of the Compact for Growth and Jobs. Report to the European Council of 18-19 October 2012.

A Budget For Europe 2020. Communication from the Commission to the European Parliament, the Council, the European Economic and Social Committee and the Committee of the Regions. COM(2011)500, 29 June 2011 (Part 1 ; Part 2 with policy fiches ; annexconcerning the European Added Value).

Proposal for a regulation of the European Parliament and of the Council on specific provisions concerning the European Regional Development fund and the Investment for growth and jobs goal and repealing Regulation (EC) N: 1080/2006, COM(2011)614 ,2011/0275 (COD), 6 October 2011.

Compact for growth and jobs – Conclusions of the European Council 28/29 June 2012.

Resolution on the proposal for a regulation of the European Parliament and of the Council on specific provisions concerning the European Regional Development Fund and the Investment for growth and jobs goal and repealing Regulation (EC) No 1080/2006, T7-0484/2013, (provisional version) 2011/0275(COD), 20 November 2013.

The “Special Committee on Policy Challenges and Budgetary Resources for a Sustainable European Union after 2013” (the SURE Committee) examined the resources that will be needed for the post-2013 priorities set for the EU (Europe 2020).
Its activities and documents have been bundled in a 2 vol publication.

Investing where it matters: An EU Budget for Long-Term Growth / Jorge Núñez Ferrer , Daniel Tarschys,In: CEPS Task Force Reports , 2012 .
See in particular the chapter “The EU budget should be a long-term investment tool”.

The EU Budget – an instrument for shaping and delivering key EU policy priorities: Should the EU 2020 Strategy be the main strategic policy reference for the post-2013 MFF / Elisa Molino ; Fabian Zuleeg ; European Policy Centre , 2011
This note has been produced by the European Policy Centre under its Framework Contract with the Committee of the Regions, 2011.