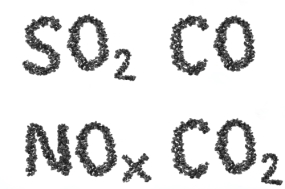 A recent paper of the United States Environmental Protection Agency summarises the climate impacts of air pollution as well as the air quality impacts of climate change. The 2013 report of the European Environment Agency, Air quality in Europe, emphasises also that “air quality and climate change can be cost‑effectively tackled together by using an integrated approach when defining policies and measures”. However, the EU policies for controlling air-polluting substances and for mitigating climate change remain separate.

EU climate action policy is closely linked to international actions to mitigate climate change by reducing GHG emissions. The EU has been a driving force in the development of the UN Framework Convention on Climate Change (UNFCCC) and the Kyoto Protocol and is a major actor in the current international negotiations on climate change (overview).

At the same time, for already 40 years the EU has put in place policy measures and legislation regarding air quality and atmospheric pollutants (brochure, 2013).

Policies that address air pollution may affect climate change and vice versa. It has been argued that phasing out ozone-destroying substances under the Montreal protocol has had a bigger effect on climate change mitigation than reductions of greenhouse gas emissions under the Kyoto protocol. However, some measures to mitigate climate change have a negative impact on air quality, as for example the burning of biomass which leads to increased emissions of particulate matter. Conversely, measures to improve air quality can reinforce climate change, notably measures that reduce the atmospheric concentration of certain aerosols (ex. SO2).

Regarding the effect of different substances on global warming (radiative forcing), see the IPCC Working Group I contribution to the Fifth Assessment Report (AR5): Climate change 2013: the physical science basis.

A number of key points can be extracted from the scientific publications referenced below:
– Some substances have an influence on both air pollution and climate change.
– CO2 which is the main contributor to climate change, does not directly contribute to air pollution.
– Some air pollutants are also greenhouse gases that contribute to warming on a global or local scale.
– Other pollutants reduce global warming by reflecting solar radiation. Slow warming between the 1940s to the 1980s may thus be due to high emissions of such pollutants.
– Some substances have indirect effects by enabling chemical reactions in the atmosphere, by changing the reflectivity of surfaces (albedo), or by interacting with cloud formation
– Climate change may have impacts on air pollution, either directly or indirectly. For example, temperatures and precipitation influence chemical reactions, wildfires related to changed climate cause air pollution, and melting permafrost releases methane.

Air quality and climate, in: Research findings in support of the EU Air Quality review, edited by Michela Maione and Sandro Fuzzi, European Commission, 2013, pp. 37-44
This report aims to provide with information on key scientific findings relevant for the revision of EU Air Quality legislation and to identify limitations to knowledge and emerging issues. Chapter 5 explains the complex interactions between air quality and climate, pointing out the short-lived climate forcing components, such as light absorbing particles, scattering particles (sulphate, OC), ozone and methane, which affect both air quality and climate. It concludes that “policies measures for the mitigation of air pollution and climate change overlap, and integrated assessments are required to assess their interlinkages.”

Air quality and climate: synergies and trade-offs, Erika von Schneidemesser and Paul S. Monks, in: Environmental Science: Processes & Impacts, May 2013, 11 p.
This article reviews the so-called “short-lived climate forcers” as well as the concept of “climate penalty” regarding the air quality. It argues that coordinated policy action is needed in order to avoid trade-offs and optimise benefits for climate and air quality.

Projected effects of climate and development on California wildfire emissions through 2100, Matthew D. Hurteau [et al.], in: Environmental Science & Technology, 2014, abstract and comment
This article considers that increases in wildfire emissions due to climate change can affect the air quality.

Future air quality in Europe: a multi-model assessment of projected exposure to ozone, A. Colette [et al.], in: Atmospheric Chemistry and Physics, 2012, 18 p.
This paper addresses uncertainties in three aspects of air quality risk assessments: emission projections, transport and transformation, and exposure downscaling. It concludes that air pollution mitigation measures are leading factors for improvement of the air quality, but an additional co-benefit of at least 40% is brought about by the climate policy.

Future climate change impacts on summer surface ozone from regional climate-air quality simulations over Europe, E. Katragkou [et al.], in: Journal of Geophysical Research: Atmospheres (1984–2012), Volume 116 (D22), November 2011, abstract and presentation on EGI website
Using grid computing, scientists have been simulated the effect of climate change on ozone concentrations in Europe over the next 100 years. The results suggest that climate change can increase significantly the ground level ozone over Europe at the end of the century.

Integrated assessment of black carbon and tropospheric ozone: Summary for decision makers, UNEP, 2011, 36 p. ; see also the summary by JRC
This assessment identifies the climate co-benefits of air-quality measures that address the short lived climate forcers as black carbon and tropospheric ozone and which have been successfully implemented on local and regional level.

Co-benefits of climate and air pollution regulations, A. Colette [et al.], PBL, 2012, 76 p.
This report, written for the European Environment Agency, examines the effects of the reduction in greenhouse gas emissions on air quality. Analysing several existing scenarios, it concludes that climate policy leads, in general, to a decrease in air pollution in Europe.

Air pollution: action in a changing climate, DEFRA, March 2010, 24 p.
This policy paper argues that “air quality/climate change co-benefits can be realised through actions such as promoting low-carbon vehicles and renewable sources of energy that do not involve combustion. At the same time, actions that tackle climate change but damage air quality must be avoided. Action will be needed at international, EU, national, regional and local levels to make sure air quality and climate change policies are integrated to maximise the co-benefits of tackling both air pollution and climate change together and ensure ambitious but realistic air quality targets are set for the future.”
See also Air Quality and Climate Change: Integrating policy within local authorities, 2011

Directive 2008/50/EC of the European Parliament and of the Council of 21 May 2008 on ambient air quality and cleaner air for Europe
This Directive merges most of existing legislation (Daughter Directives) into a single directive. It states new air quality objectives for PM2.5 (fine particles) including the limit value and exposure related objectives and includes the possibility for time extensions of three years (PM10) or up to five years (NO2, benzene) for complying with PM limit values, based on conditions and the assessment by the European Commission.

Directive 2001/81/EC of the European Parliament and of the Council (NEC) established national emission ceilings for acidification and eutrophication.
This Directive will be repealed by the Commission’s proposal COM(2013)0920 for new Directive on the reduction of national emissions of certain atmospheric pollutants, notably emissions of sulphur dioxide (SO2), nitrogen oxides (NOx), non-methane volatile organic compounds (NMVOC) and ammonia (NH3).

The greenhouse gas most commonly produced by human activities is carbon dioxide (CO2). It is responsible for some 63% of man-made global warming. One of the main sources of CO2 in the atmosphere is the combustion of fossil fuels – coal, oil and gas. In addition to CO2, six other gases are controlled by the Kyoto Protocol, the international treaty which sets limitations on greenhouse gas emissions from developed countries: methane, nitrous oxide and four fluorinated gases. But the Kyoto Protocol only mentions long-term greenhouse gases and not the conventional pollutants like ozone and aerosols that also have an impact on regional and global climate.
See also: Fluorinated greenhouse gases, EPRS briefing, Gregor Erbach, March 2014, 1 p.

EU law on climate change and protection of the ozone layer
– EU ETS covers GHG emissions from some sectors
– Effort Sharing Decision covers non-ETS GHG emissions from transport (except aviation), buildings, agriculture (excluding forestry) and waste sectors: overview on DG Climate action webpage
Decision No 406/2009/EC of the European Parliament and of the Council of 23 April 2009 on the effort of Member States to reduce their greenhouse gas emissions to meet the Community’s greenhouse gas emission reduction commitments up to 2020
National limits on non-ETS emissions for 2013-2020: overview
Adjustment of national limits on non-ETS emissions for 2013-2020: overview

Legislation in preparation on air quality