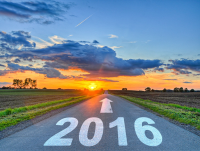 On 27 October 2015, the European Commission adopted its Work Programme for the year ahead (2016 CWP), and presented it to the European Parliament the same day. Based on the 10 political guidelines set out in mid-2014 by President Jean-Claude Juncker, it builds on the ‘framework strategies’ adopted by the Commission since entering office and places emphasis on the legislative measures and concrete followup actions needed to implement them.

The 2016 CWP includes relatively few entirely new actions. Most of the initiatives it contains have already been announced and fit into the framework strategies presented earlier; a few of them were to be presented before the end of 2015. The CWP also looks beyond 2016, providing for the necessary preparatory work, such as evaluations, consultations or impact assessments, for actions to be included in future work programmes.

Confronted with major unexpected events dominating the political agenda, such as the migration crisis and, more recently, the major terrorist attacks in Paris, the Commission may be compelled, as in 2015, to adapt to emerging challenges, taking immediate action and/or accelerating implementation in certain areas (for example, with counter-terrorism measures).

The EP had adopted a resolution in September 2015 setting out its recommendations for the forthcoming CWP. In that it called on the Commission to use its right of initiative to the full extent, in order to give the Union clear leadership, reaffirmed its attachment to the ‘Community method’ and welcomed progress in the negotiations on a new inter-institutional agreement on better law-making, since completed.