Fertilisers in the EU: Uneven terrain

Written by Marc Hall in cooperation with Didier Bourguignon,

European agriculture is in the midst of a crisis, with low prices and import bans by Russia putting farmers under pressure. The price of inputs is also increasing, among them fertilisers, organic or synthesised compounds that provide nutrients to plants. Fertilisers, particularly inorganic varieties, are widely used in European agriculture so a squeeze on supply could undermine the viability of the European agricultural system. It is for this reason that the EU is seeking to promote alternative sources of fertilisers and nutrient recycling, as outlined in the European Commission’s recent Circular Economy Package. 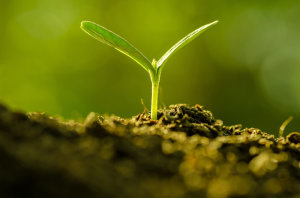 Fertilisers are based on standard ingredients integral to plant growth: nitrogen (N), the most abundant element in the atmosphere and major component of chlorophyll; phosphorus (P), an element vital to all living organisms used in the transportation of energy to cells with adenosine triphosphate (ATP) and by plants in photosynthesis; and potassium (K), which also plays a role in photosynthesis, for example by regulating carbon dioxide (CO2) uptake.

Some of these ingredients currently require energy- and CO2-intensive extraction processes, such as the ‘cracking’ of ammonia to acquire nitrogen. Phosphorus is usually extracted from phosphate rock, a process that threatens to become ever more expensive as the most accessible stocks diminish. EU reserves are mainly limited to Finland and demand is mostly met through imports, often from suppliers in geopolitically unstable regions. The unreliability of these resources presents a potential long-term risk to Europe’s food security. For this reason, phosphorus is considered a strategic resource for the EU, included in the list of critical raw materials.

At present, fertilisers are regulated in the EU by a 2003 regulation, which establishes and harmonises the conditions in which they can be sold in the EU with the ‘EC fertiliser’ label. These include:

The regulation has been criticised for hampering innovation in both organic and inorganic fertilisers. Due to lengthy and complicated procedures for approving new types of ‘CE fertilisers’, some producers have preferred meeting national legislation in one Member State and then selling the fertiliser in other EU countries in accordance with the regulation on mutual recognition. This can lead to fragmentation and uneven standards within the EU. The Commission roadmap on the possible revision of the regulation estimates that roughly half of the fertilisers on the EU market are not covered by the 2003 rules.

These difficulties are particularly significant for more environmentally-sustainable fertilisers which are excluded from the scope of the current regulation.. According to Commission statistics cited in the package, inorganic fertilisers account for 80% of the overall market value for fertilisers, organic and organo-mineral varieties for 6.5%, while growing media, soil improvers and liming materials account for 10.5% of the market share.

This comes at a cost. The Commission cites estimates by the International Fertilisers Industry Association (IFA) that 2% of the world’s energy production is devoted to the production of inorganic nitrogen fertilisers. This, in turn, releases a huge amount of CO2, estimated at 465 million tonnes in 2007 (according to the IFA). Nutrient recycling would therefore help to mitigate climate change, particularly where this is combined with the production of alternative energy sources, such as bio-waste generating bio-gas and heat.

Another problem identified with the 2003 regulation is that it does not include limits to the content of heavy metals (such as arsenic, cadmium, lead and mercury; however it does contain a limit of no more than 10mg/kg for copper), which are toxic to humans and the environment. A critical issue is the regulation of cadmium, a significant and often naturally occurring impurity in some phosphate fertilisers.. Three Member States – Austria, Sweden and Finland – already have a derogation allowing them to ban fertilisers with high cadmium content.

As announced in the Circular Economy action plan, in March 2016 the Commission put forward a legislative proposal amending the 2003 fertilisers regulation. According to the Commission, one of the proposal’s main objectives is improving access to the Single Market for innovative fertilising products, such as those containing nutrients recycled from biowaste or other secondary raw materials. The proposal aligns the provisions on approval, conformity assessment and market surveillance with the general legislative framework for ‘CE marked’ products. The proposal also limits the cadmium content of phosphate fertilisers (a gradual reduction of the maximum level from 60 mg Cd/kg P2O5 to 40 mg Cd/kg after three years and 20 mg Cd/kg after 12 years) as well as the content of other heavy metals, organic contaminants and impurities.

« Marine Fisheries-related Tourism in the EU
What if your shopping were delivered by drones? [Science and Technology Podcast] »