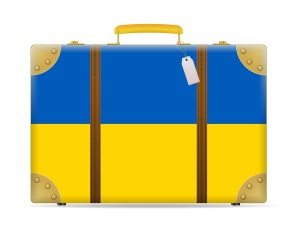 Building on its Visa Liberalisation Dialogues, the European Commission is proposing to waive visa requirements for 45 million Ukrainian citizens. In parallel, the European Union (EU) has revised its visa suspension mechanism, reinforcing safeguards to apply to all visa liberalisation agreements.

Council Regulation (EC) No 539/2001 lists the third countries whose nationals must be in possession of a visa when crossing the external borders of the Member States (Annex I) and those whose nationals are exempt from that requirement (Annex II). It is applied by all Member States – except Ireland and the United Kingdom – and also by Schengen-associated states Iceland, Liechtenstein, Norway and Switzerland. The regulation forms part of the EU’s common visa policy, which regulates short-stay visas issued for up to 90 days in any 180-day period, while visas for longer stays are regulated under national procedures. In an effort to facilitate matters for bona fide travellers and to remove some of their administrative and cost burdens, the Commission has entered into Visa Liberalisation Dialogues with several neighbouring countries. The approach also seeks to consolidate relations with countries that are on a ‘European course’. This is especially true for Ukraine, where the EU faces increasing competition from Russia over Kiev’s strategic orientation.

On 20 April 2016, the Commission adopted a proposal to amend Regulation (EC) No 539/2001, transferring Ukraine from Annex I to Annex II. The visa waiver would be limited to holders of biometric passports meeting International Civil Aviation Organization standards. The Commission proposal builds on the EU-Ukraine Visa Liberalisation Dialogue launched in 2008, and the Commission’s action plan on visa liberalisation presented to the Ukrainian government in November 2010, setting benchmarks for Ukraine in four areas: (1) document security, including biometrics; (2) border management, migration and asylum; (3) public order and security; and (4) external relations and fundamental rights. The Commission monitored Ukraine’s progress with yearly reports, reaching an assessment in December 2015 that Ukraine had met all the benchmarks despite the exceptional circumstances it faced. The proposals for lifting the visa requirements are accompanied by an added safeguard. In 2013, a visa suspension mechanism was introduced, allowing a Member State to request that the Commission temporarily suspend the visa waiver for the nationals of a third country in specific circumstances. In early 2017, Regulation (EC) No 539/2001 was again amended, in part to meet conditions set by the Council for further visa liberalisation, to allow for a faster response to sudden increases in irregular migration or manifestly unfounded asylum applications, lack of cooperation on readmission and return, or risks to the internal security of an EU Member State arising from a visa-exempt country.

The Committee on Civil Liberties, Justice and Home Affairs adopted its report (rapporteur: Mariya Gabriel, EPP, Bulgaria) on 29 September 2016. The rapporteur noted that the EU visa refusal rate for Ukrainian citizens was very low, at below 2 %, and that the EU-Ukraine readmission agreement, in force since 2008, demonstrated excellent cooperation and efficiency, with the return rate exceeding 80 %. She emphasised that the visa waiver would uphold the principle whereby every country meeting the benchmarks could benefit from visa liberalisation. Compliance with this approach demonstrated the EU’s reliability as a partner for third countries and its respect for the rule of law. Following agreement reached in trilogue with the Council on 28 February, the European Parliament is due to vote on the proposal in the April I plenary session.

Read this Plenary At a Glance note on ‘Visa liberalisation for Ukraine‘ in PDF.