Roam like at home as of summer 2017 [What is Europe doing for its citizens?]

Posted by Members' Research Service ⋅ August 7, 2017 ⋅ 2 Comments
Filed Under  At a glance, Mar Negreiro, What is Europe doing for its citizens? 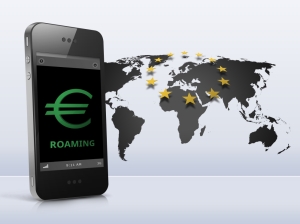 From 15 June 2017 on, using your mobile phone anywhere in the EU will cost you the same as at home. The long-awaited end to roaming charges within the EU was agreed upon by the Council of the EU and the European Parliament two years ago. The Parliament played a crucial role in making this happen on time, and with cheaper wholesale data caps – the amounts telephone companies can charge each other to connect users outside their home networks – meaning you will have access to larger amounts of data when using your mobile phone while travelling in the EU.

A clear success story for the digital single market

Thereafter, the ‘roam-like-at-home’ (RLAH) system will become a reality for all Europeans travelling within the EU. Users will not need to do anything to access the RLAH system, as it will be included in all mobile contracts offering roaming services. This will put an end to an era of bills, which, because they were unpredictable or at times excessive, had prompted many Europeans to switch off their mobiles while abroad and use Wi-Fi or other affordable solutions instead. The number of people using their mobile phones while travelling to another Member State is expected to rise, to both individuals’ and companies’ benefit.

What these developments mean is that as of mid-June, Europeans will pay the same domestic prices when using their mobile devices anywhere in the EU. However, they could still face certain limits to the data volumes they can use compared to at home, because of the rules on ‘fair use’. These rules allow operators to safeguard the RLAH system against abusive or anomalous usage, for example by discouraging ‘permanent roamers’ – using a SIM card from a Member State perceived to have cheaper domestic tariffs while never or rarely being present in that country – and averting price hikes on domestic markets. Not only persons who are travelling, but also those with stable links to the Member State of the operator, such as cross-border commuters, posted workers and Erasmus students, will be able to use their mobile device in another Member State just as they would at home. Providers can ask their customers to provide proof of residence or of other such stable links to the Member State in question.

The European Parliament has played a crucial role in making this to happen. First, it voted in 2013 to end mobile phone roaming fees, and then found an agreement with Council to do this from 15 June 2017. Second, it played a key role in lowering considerably the wholesale roaming data caps, as a prerequisite for introducing RLAH in June 2017. As a result, consumers will benefit from larger amounts of mobile data when travelling in the EU. Third, it has also played a role in improving the ‘fair use’ rules as proposed by the European Commission, which envisaged restricting RLAH to 90 days per year per citizen. Following criticism from consumers and MEPs, these were withdrawn and replaced by roam like at home with no travel time limits, as Commission President Jean-Claude Juncker told Parliament in his State of the Union 2016 speech.

This note has been prepared by EPRS for the European Parliament’s Open Days in May 2017.

2 thoughts on “Roam like at home as of summer 2017 [What is Europe doing for its citizens?]”