US decertification of the Iran nuclear deal

On 13 October, US President Donald Trump announced his decision not to certify Iran’s compliance with the international nuclear agreement of 2015. This will likely result in a vote on the deal in Congress. The EU and the rest of the international community intend to keep to the agreement.

During his electoral campaign, Donald Trump had stated that he would pursue a much tougher stance on Iran compared with his predecessor. On 13 October, he laid out his strategy and stated that he would not certify Tehran’s compliance with the 2015 Iran nuclear deal, the Joint Comprehensive Plan of Action (JCPOA). 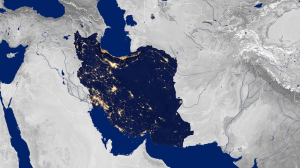 Under the US Iranian Nuclear Agreement Review Act (INARA), the US president must certify Iranian compliance with the deal every 90 days to avoid triggering provisions enabling Congress to commence procedures for re-imposing sanctions. While the JCPOA itself does not stipulate or require certification, the act was put in place in May 2015 to give Congress oversight of the agreement, largely on account of the scepticism of a number of its members. INARA requires the president to publicly certify every 90 days that Iran is in technical compliance with the deal and, more broadly, that ‘suspension of sanctions [is] appropriate and proportionate to the specific and verifiable measures taken by Iran with respect to terminating its illicit nuclear programme’.

More specifically, the president must certify to Congress the following five elements:

The latest deadline for certification was 15 October. According to the International Atomic Energy Agency (IAEA), Iran remains technically compliant. The IAEA has verified Iran’s compliance eight times, most recently on 31 August 2017. Since the implementation of the JCPOA, the USA has imposed additional sanctions on Iran relating to non-nuclear issues, such as terrorism, the ballistic missile programme, and human rights violations.

As decertification does not automatically re-impose sanctions, it does not violate the JCPOA, or signify immediate US withdrawal. Rather, it shifts responsibility as to whether to withdraw onto Congress. Congress will now have a 60-day window in which to decide whether to re-impose the sanctions on Iran that were suspended by the 2015 deal. The decision will be taken through an expedited process, which requires a simple majority in both Houses. A decision to re-impose nuclear-related sanctions would violate the deal, and lead to a US withdrawal from the agreement. However, Congress may opt for more moderate measures, such as holding hearings, passing more symbolic sanctions than the pre-2016 ones, or even not imposing any sanctions at all. The de-certification comes at a time when Senators Corker and Cotton are working on legislation to amend INARA, so that sanctions would be automatically re-imposed if Iran came within a year of obtaining a nuclear weapon. The proposed legislation would change the certification requirement to every six months.

The Joint Comprehensive Plan of Action (JCPOA) was signed in July 2015 between Iran and the E3/EU+3 – France, Germany, the UK, the EU, China, Russia and the USA. It aims to normalise Iran’s relationship with the rest of the international community and was endorsed by the UN Security Council on 20 July 2015. The main objective of the JCPOA is to ensure the purely peaceful nature of Iran’s nuclear programme. In exchange, the other parties agreed to gradually lift restrictive measures on Iran. Iran and the E3/EU+3 envisaged that the implementation of the JCPOA would allow Iran to move forward with ‘an exclusively peaceful, indigenous nuclear programme’ and the rest of the international community to progressively ‘gain confidence’ in Iran’s intentions. In addition, Iran agreed that it would not seek, develop or acquire any nuclear weapons. The deal provides for extensive monitoring by the IAEA and an inquiry into evidence of past work on nuclear warhead design. Full implementation of the JCPOA is expected to generate a more positive climate for cooperation with Iran in the long term.

Reactions to President Trump’s decision were immediate and predominantly critical. All parties to the agreement have asked the US not to withdraw from it. In a joint statement, the British, French and German leaders noted that the JCPOA had been ‘unanimously endorsed by the UN Security Council in Resolution 2231’ and that the IAEA had ‘repeatedly confirmed Iran’s compliance with the JCPOA through its long-term verification and monitoring programme’. The EU’s High Representative for Foreign Affairs and Security Policy/Vice-President of the Commission (HR/VP), Federica Mogherini, emphasised that no one country could terminate the deal, which is quintessentially multilateral and which ‘the international community, and the EU with it, has clearly indicated is, and will, continue to be in place’. On 16 October, the EU Foreign Affairs Council unanimously endorsed a statement that considers President Trump’s decision not to certify Iran’s compliance with the JCPOA as being made ‘in the context of an internal US process’. The statement encouraged the USA ‘to maintain its commitment to the JCPOA and to consider the implications for the security of the United States, its partners and the region before taking further steps’. The HR/VP has announced that she will be travelling to Washington DC to address the issue with the US administration and Congress.

Russia has warned the US of the dangerous implications of a potential US withdrawal from the agreement and reaffirmed its own commitment to the pact. Iranian President Hassan Rouhani has stated that Iran will continue to honour its commitment to the deal as long as it serves its interests. China has also called on the USA to preserve the JCPOA, not least since Iran holds a pivotal position in its ‘belt and road’ initiative.

The majority of experts agree that the Iran deal should be maintained, a position that is also held by Secretary of State, Rex Tillerson. A US withdrawal from the deal would raise questions for Iran as to whether it is still bound by the deal and destabilise the ongoing process of normalising relations, potentially even leading to Iran leaving the NPT and thereby disregarding any legal constraint against building nuclear weapons. In addition, it would create tensions between the USA and the other parties to the agreement, including key EU and NATO allies. The American think tank Brookings has assessed the decision to de-certify as risky for the President’s credibility and for American global leadership. Various analyses point to the potential increase of Russian and Chinese influence should the USA decide to withdraw from the agreement. Last but not least, the dismantling of the JCPOA would have dire repercussions for the Iranian economy and would likely weaken support for President Rouhani’s reform efforts. For all the above reasons, the majority of analyses predict that Congress will not be reinstating sanctions on Iran.

Read this At a glance on ‘US decertification of the Iran nuclear deal‘ in PDF.