New Zealand already enjoys a number of bilateral trade cooperation agreements with the EU. These agreements pave the way for negotiations on a free trade agreement (FTA) between the EU and New Zealand. However, both sides are expected to raise several sensitive issues during negotiations, not least because New Zealand is a major and competitive producer and exporter of agricultural goods. The EU is committed to taking European agricultural sensitivities fully into consideration in its negotiating strategy, seeking to protect vulnerable sectors through specific provisions.

In addition to facilitating trade and investment flows between the parties, the FTA would create a level playing field for the EU with other trading partners that have already concluded FTAs with New Zealand. The FTA would also strengthen the EU’s position in Asia-Pacific value chains, and help to advance the trade policy interests of the EU in the region.

On 13 September 2017, the European Commission presented draft negotiating directives for an FTA with New Zealand. This draft mandate, in line with the EU Court of Justice’s recent opinion on the EU-Singapore FTA, covers only areas falling under the EU’s exclusive competence. Therefore, the prospective agreement could be concluded by the EU on its own and could be ratified at EU level only. The Commission aims to finalise negotiations before the end of its mandate in late 2019.

Read the complete briefing on ‘EU-New Zealand free trade agreement – All set for the launch of negotiations‘ on the Think Tank pages of the European Parliament. 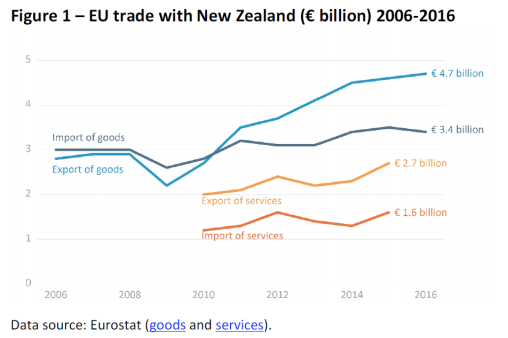 Top EU agri-food exports and imports to and from New Zealand, 2016 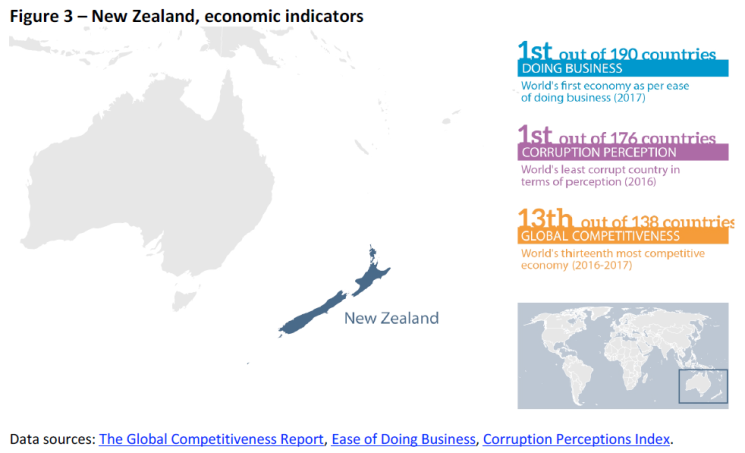