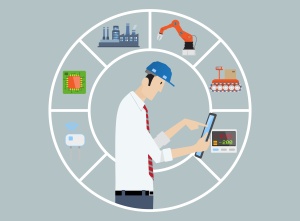 EU industry seems to be on a solid path to recovery from the crisis, with growth in both employment and value added. Industry creates jobs across the economy and is responsible for the bulk of investment in private research and development. In the same way as in other developed parts of the world, European industry is undergoing a transformation based not least on increased convergence between traditional industries and the digital sector. This change is bringing both opportunities and challenges. In order to maintain the global competitiveness of European industry, many current shortcomings, such as insufficient investment levels, widening productivity and innovation gaps, and skills shortages, must be addressed.

Many of these issues have been emphasised before: in the aftermath of the recent crisis the EU sought to boost the reindustrialisation of Europe in order to stimulate jobs and growth. The European Commission under Jean-Claude Juncker has made this one of its top priorities and, after a series of related initiatives such as the investment plan and the circular economy package, in September 2017 it announced a renewed industrial policy strategy. This strategy takes a holistic approach, combining both existing and new horizontal and sector-specific initiatives, and sets out actions to be launched by early 2018. The newly proposed initiatives concern cybersecurity, free flow of non-personal data, trade and foreign investment, raw materials and public procurement. Upcoming proposals will concern the circular economy, the intellectual property rights framework, sustainable finance, mobility and skills.

The reaction from stakeholders has been mixed: while many have welcomed the strategy in general, particularly its holistic approach and the involvement of multiple stakeholders, others have criticised it as lacking clear new objectives and actions and a long-term vision.

Read the complete briefing on ‘A renewed industrial policy strategy‘ on the Think Tank pages of the European Parliament.