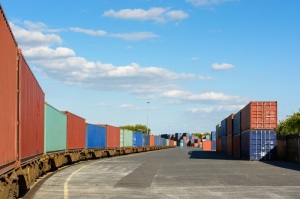 The European Union’s efforts to reduce the negative impacts of transport include promoting a shift from road freight transport to lower-emission transport modes. This also includes combined transport operations, which consist of at least one road leg for initial or final haulage and one non‑road leg, on rail or water. The 1992 Combined Transport Directive set out measures that were meant to increase the competitiveness of combined transport against road-only transport.

In 2017, the Commission proposed to simplify the existing rules and make combined transport more attractive by means of economic incentives. The European Parliament’s Committee on Transport and Tourism adopted its report in July 2018, and the Transport Council meeting of 3 December 2018 agreed a general approach. However, as trilogue negotiations had not made progress on reaching a compromise, Parliament adopted a legislative resolution at first reading on 27 March 2019, in advance of the European elections. Negotiations could restart in the new parliamentary term.