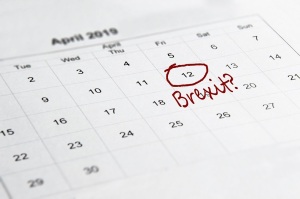 On 14 November 2018, the European Union (EU) and the United Kingdom (UK) negotiators announced their approval of the legal agreement on the UK’s withdrawal from the EU. At a special European Council meeting on 25 November 2018, EU leaders endorsed the draft withdrawal agreement, as well as the text of a non-binding political declaration setting out the framework for the future EU-UK relationship. While the process of approving the withdrawal deal (the agreement and the political declaration) began rapidly in both the UK and the EU, it immediately met with significant difficulties in the UK. In particular, the House of Commons’ rejection of the withdrawal deal in the ‘meaningful vote’ of 15 January 2019, led to renewed UK attempts at renegotiation. Although the EU and the UK eventually agreed additional guarantees with respect to the Ireland/Northern Ireland backstop, the withdrawal deal was again voted down on 12 March 2019.

Faced with the prospect of a ‘no deal exit’ on 29 March 2019, the initial Brexit date, the UK government, as instructed by the House of Commons, eventually requested an extension to the Article 50 negotiating period. On 22 March, the European Council extended the UK’s EU Membership until 22 May 2019, on the condition that the UK parliament approved the withdrawal agreement by 29 March. As the House of Commons rejected the withdrawal agreement for a third time, the new Brexit date was instead set, under that European Council decision, at 12 April 2019.

With a ‘no deal’ Brexit becoming a highly likely scenario, both sides stepped up their contingency planning. However, other outcomes remain possible, in particular a further Article 50 extension, given the UK Prime Minister’s request of 5 April. The EU-27 are set to decide on this within the European Council on 10 April 2019, most likely on the basis of conditions set for the UK. While a parallel process for establishing a majority for an alternative solution to the negotiated deal is under way in Westminster, its outcome remains uncertain. Finally, although rejected by the government, the UK still has the option to unilaterally revoke its notification to withdraw from the EU, or to organise another referendum on the issue (the latter dependent on an extension).

Read the complete briefing on ‘Ratifying the EU-UK withdrawal deal: State of play and possible scenarios‘ in the Think Tank pages of the European Parliament. 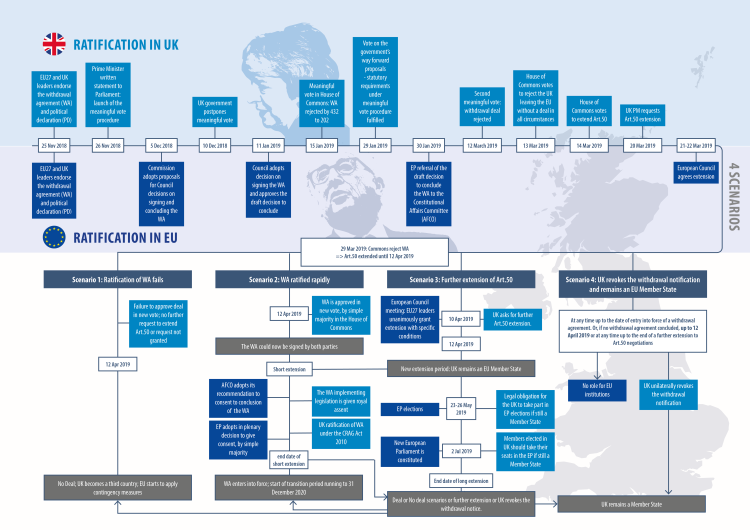 4 thoughts on “Ratifying the EU-UK withdrawal deal: State of play and possible scenarios”