Repatriation of EU citizens during the Covid-19 crisis: The role of the EU Civil Protection Mechanism 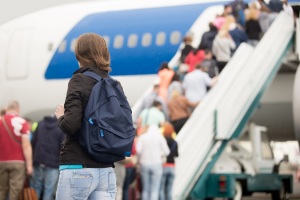 According to official estimates, the COVID-19 crisis has left more than 200 000 EU citizens stranded outside the borders of the EU. EU Member States have been making great efforts to retrieve them, often with the help of the EU. The priority has been to return EU citizens by using commercial flights, but as the conditions continue to worsen, other resources have had to be utilised.

EU Member States can activate the EU Civil Protection Mechanism to facilitate the repatriation of their and other EU citizens, if the Emergency Crisis Response Centre assesses that there is no better way. So far, at least 15 countries are reported to have requested the help of the Civil Protection Mechanism, using it to organise flights co-funded with EU funds, and so far repatriating 4 382 EU citizens (and 550 others), first from China, and then from a wide range of countries, including Cape Verde, the Dominican Republic, Egypt, Georgia, Japan, Morocco, the Philippines, Tunisia, the USA and Vietnam. More flights are scheduled to bring people back from other locations.

The EU Civil Protection Mechanism has been used more than 300 times to respond to disasters since its establishment in 2001. All the EU Member States, together with Iceland, Montenegro, Norway, North Macedonia, Serbia and Turkey, participate in the Mechanism, but it can also be activated by any country in the world and by certain international organisations. Once the Mechanism is activated, a number of steps follow. The Emergency Crisis Response Centre, as part of the Mechanism, decides on the best response and coordinates it. The EU funds up to 75 % of the costs of the deployment of resources. The 2019 upgrade of the Mechanism boosted the joint capacity for responding to disasters, including medical emergencies. It created rescEU, a reserve of capacities, which has now been augmented to include a stockpile of medical equipment for the COVID-19 response, 90 % of which is funded by the EU. On 27 March 2020, the Commission proposed to further boost the budget for repatriation and for the rescEU stockpile.

Read the complete briefing on ‘Repatriation of EU citizens during the COVID-19 crisis: The role of the EU Civil Protection Mechanism‘ in the Think Tank pages of the European Parliament. 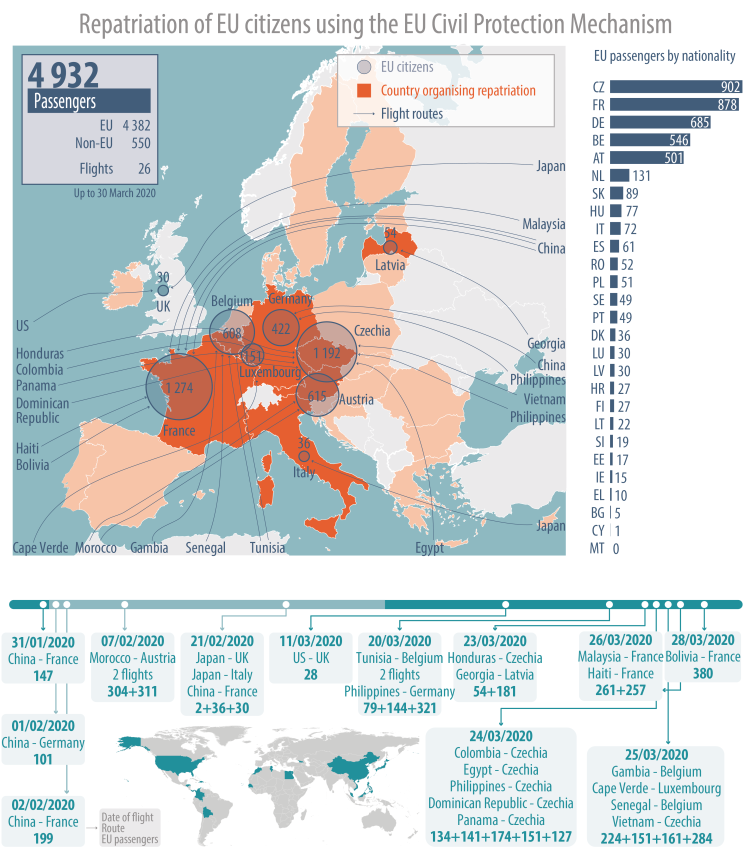