As Covid-19 adds increased pressure on international security, the EU’s Common Security and Defence Policy (CSDP) missions and operations have been adapted and contributed to the mitigation of the effects of the pandemic in host countries.

Peace, conflict and peacekeeping in the wake of coronavirus 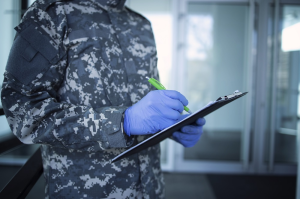 Increasingly, research on the implications of Covid-19 on international security indicates that the pandemic will disproportionately affect the most vulnerable populations and countries in the world, leading to an increase in the likelihood of conflict and exacerbating the implications of ongoing conflict. Based on current trends, root causes of conflict, such as resource scarcity, inequality and food insecurity, are expected to grow. At the same time, the impact of the pandemic on the global economy, including on the most developed countries, is likely to suppress budgets for peace operations further, compounding a trend that has seen peacekeeping budgets and personnel decline in recent years. This has also given rise to a growing gap between authorised and deployed personnel. As noted by the 2019 report on the Global Peace Index, this comes at a time when the number of countries facing internal conflicts had already increased. Some experts argue that the pandemic offers an opportunity to reverse these trends in peacekeeping. As, across the world, military and peacekeeping operations have had to adapt to the spread of the pandemic, opportunities for more strategic and flexible planning, and more effective use of capabilities are being explored. This approach is reflected by the European External Action Service (EEAS). Among other things, the EEAS has recently highlighted the importance of the integrated approach in the face of the crisis; solidarity of missions and operations with host nations; the importance of quick responsiveness of CSDP missions and operations, and the adaptability of the planning and conduct of missions and operations within the agreed mandates.

CSDP missions and operations in the face of Covid-19

Through the CSDP, the EU has developed a broad crisis management agenda, which includes conflict prevention, mediation, peacekeeping and post-conflict stabilisation, in accordance with United Nations (UN) principles. The UN recognises the EU as one of its most important regional partners in peacekeeping. Currently, there are 17 CSDP missions and military operations, with a range of mandates such as military training, capacity-building, counter-piracy, security sector reform, border assistance and counter-terrorism. They deploy over 5 000 personnel. EU civilian missions carry out tasks consistent with the EU Global Strategy’s commitment to strengthening the resilience and stabilisation of countries recovering from – or threatened by – conflict and instability. CSDP missions and operations are present in some of the countries ranking lowest on the Normandy Index, which measures threats identified by the Global Strategy (e.g. Somalia, Central African Republic). In the face of the coronavirus pandemic, the CSDP missions and operations continue to deliver on their security mandate; they are additionally exploring ways to support their host countries. While ongoing missions and operations do not have a humanitarian aid mandate, within their existing mandates, means and capabilities, civilian missions are providing specific advice and sharing information with international and national partners helping to address the pandemic (see Figure 1). Several missions are also donating medical and protective equipment. The actions of the CSDP missions are in full coherence with the wider actions undertaken by the ‘Team Europe‘ global response to the coronavirus, addressing the humanitarian, health, social and economic consequences of the crisis. Within the limits of their resources and mandate, military missions are also offering support. For example, the EU military Training Mission in Somalia is providing advice to the medical team of the Somali army on how to deal with Covid-19 emergencies.

The European Parliament is a long-standing advocate of a more effective CSDP. In January 2020, it called for a forward-looking approach to capability planning, as well as early anticipation of needs for crisis response; it expressed concern about limited force generation, and emphasised that Parliament should be consulted about strategic planning for missions. In 2017, it urged the Council to move towards the harmonisation and standardisation of European armed forces.

Read this ‘at a glance’ on ‘CSDP missions and coronavirus‘ in the Think Tank pages of the European Parliament. 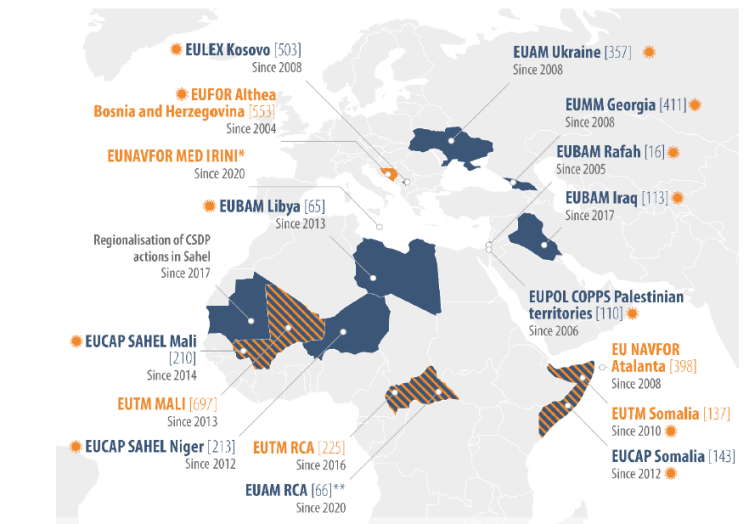 CSDP missions and operations Force generation and contribution against Covid-19