Clean IT: the new ACTA?

The aim of the Clean IT project is to reduce the use of the Internet by terrorist organisations by introducing self-regulatory measures and “best practices” for Internet companies and governments. 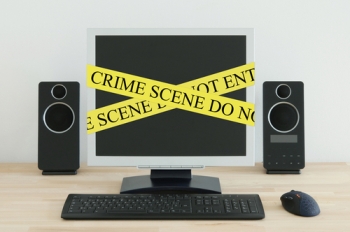 The project was launched in May 2011 by the governments of the Netherlands, Germany, Spain, the UK and Belgium and was joined later by Hungary, Romania, Austria, Denmark and Greece. Representatives of industry and civil society contribute to the project, however, without a formal commitment to its results. The project is financially supported by the European Commission’s Prevention of and Fight against Crime Programme. Although the project claims to adopt a non-legislative approach, many of the proposals submitted within the framework target at legislative amendments at national and EU level, (e.g. to allow Internet companies under privacy legislation to ask users to identify themselves.)

The project attracted considerable media attention at the end of September 2012 when the Brussels-based association European Digital Rights (EDRI) published a confidential document entitled “Detailed Recommendations Document for Best Practices and Permanent Dialogue”. The document contained concrete policy recommendations (e.g. the introduction of specialised police officers to “patrol” social media sites, a report button system, etc.) as well as topics still under discussion among the project participants, (as e.g. “real identity policies” of Internet companies or “flagging” of terrorist content on web sites avoiding the more cumbersome “notice and take action” procedures). The final presentation of the project results is set for February 2013.

Critics of the project claim the project fails to observe fundamental rights such as freedom of expression and that its stated non-legislative approach seeks to circumvent scrutiny by national parliaments as well as by the European Parliament. The allegation of any similarity with ACTA was dismissed by the project management of Clean IT as “Clean IT invited the Internet industry to participate”.

Terrorist use of the Internet

In its policy Brief, the Centre on Global Counterterrorism Cooperation outlined how the Internet is being used by terrorist organisations. The author states the Internet enables terrorist organisations to expand the reach of their propaganda to a global audience and to coordinate attacks as well as to recruit adherents, to gather information on weapons and raise funds. Some academics suggest that most active terrorist groups are present on the Internet using chatrooms, e-groups, forums, virtual message boards, and social networks like You-Tube, Facebook, and Twitter.

The European Commission committed itself in its 2010 Communication “A digital agenda for Europe” to “foster multi-stakeholder dialogue and self- regulation of European and global service providers”.

Position of the European Commission