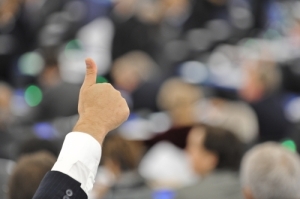 Whilst this ‘indirect’ initiative right does not create an obligation on the Commission to propose the legislation requested, the Treaty of Lisbon codified the Commission’s obligation to provide reasons for any refusal to follow a parliamentary initiative. Many argue in this context that Parliament could take the Commission to the Court of Justice of the EU if it fails to justify a negative decision.

Many see the EP’s increasing participation in overall political planning, particularly through negotiations on the Commission’s Annual Work Programme, as a further channel for Parliament’s influence on EU legislation.