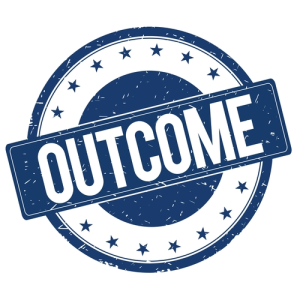 The Maltese capital, Valletta, hosted an informal European Council meeting, as well as an informal meeting of EU-27 leaders on 3 February 2017. The first meeting concentrated on migration on the Central Mediterranean route, while the second looked at the future of the EU and preparations for the approaching 60th anniversary of the Rome Treaties on 25 March 2017. EU leaders also discussed the challenges for Europe in the wider global context. The President of the European Council, Donald Tusk, and the Maltese Prime Minister and President-in-office of the Council, Joseph Muscat, stressed that the Members of the European Council agreed that ‘transatlantic cooperation remains an absolute priority for the EU’. On the eve of the informal European Council, President Tusk met with Prime Minister Muscat, the European Parliament President Antonio Tajani and Commission President Jean-Claude Juncker.

The Members of the European Council issued a declaration on the external aspects of migration, underlining their determination to take additional measures to stem migration flows on the Central Mediterranean route. As foreseen in the EPRS outlook for this meeting, EU leaders welcomed the joint communication on migration of the Commission and High Representative, and agreed to step up cooperation with Libya and other countries in North and sub-Saharan Africa. They reiterated their commitments from previous European Council meetings (16-17 March 2016, 28 June 2016 and 15 December 2016) to the Libyan Political Agreement, and to support the Government of National Accord in Libya and the Libyan coast guard.

EU leaders outlined a list of priority elements for increased EU cooperation with, and assistance to, Libyan authorities, and with international organisations active in the country. These include:

In order to fund these activities, existing instruments, such as the EU-Trust Fund for Africa and the European Neighbourhood Instrument, will be used. European Council Members welcomed the Commission’s intention to mobilise an additional €200 million for the ‘North African window of the Fund’ as a first step for the most urgent funding needs. They also welcomed the memorandum of understanding between Libya and Italy on cooperation to combat illegal migration, human trafficking and contraband and on reinforcing the border, of 2 February 2017, and agreed to support Italy in this cooperation. Prior to the informal European Council meeting, the Prime Minister of the Government of National Accord of Libya, Fayez al-Sarraj, met with President Tajani, President Tusk, President Juncker and High Representative/Vice President, Federica Mogherini, to discuss the political and security situation in Libya and the support the European Union provides to the Government of National Accord and to the Libyan people.

With the aim of further developing the EU’s external migration policy, EU leaders agreed to ‘identify potential barriers, for example in relation to conditions to be met for returns, and reinforce EU return capacities, while respecting international law.’ They also welcomed the Commission’s intention to update the EU Action Plan on return and to provide guidance for more operational returns by Member States and effective readmission based upon the existing acquis. Heads of State or Government also pledged to be vigilant on the other migration routes, stressing their continued commitment to the EU-Turkey Statement and to support for the countries along the Western Balkans route.

2. Meeting of 27 Heads of State or Government

Leaders used the occasion of meeting in Valletta to hold discussions among the 27 Heads of State or Government without the United Kingdom, with the objective of preparing for the forthcoming 60th anniversary of the Rome Treaties and the planned ‘Rome Declaration’. The discussions were based on an informal concept paper and President Tusk’s letter of invitation outlining his views on the future of Europe. The informal concept paper mentions the ‘renewal of cooperation within the EU’ as the essence of the vision to be presented in Rome. This includes the reaffirmation of the fundamental values of the EU, the need to deliver on the issues which most concern European citizens, and the determination of the 27 Member States to remain united. Prior to the meeting, Mr Tusk stated that ‘the challenges currently facing the European Union are more dangerous than ever before in the time since the signature of the Treaty of Rome’. He believes that ‘the most important signal that should come out of Rome is that of readiness of the 27 to be united’ and calls for ‘assertive and spectacular steps that would change the collective emotions and revive the aspiration to raise European integration to the next level’.

EU leaders expect the ‘Rome declaration’ to be similar to the Berlin declaration on the occasion of the 50th anniversary of the signature of the Treaties of Rome, emphasising the EU’s values and achievements to date. The German Chancellor, Angela Merkel, indicated that the leaders had focused their discussion on what the EU wants to be in 10 years and the role it should play in the global context. EU leaders are expected to acknowledge in the Rome declaration that there will be a European Union of different speeds, where Member States will not always participate in the same phases of integration. The ‘Rome declaration’ is expected to be further discussed in the margins of the 9-10 March 2017 European Council meeting, whereas the 22-23 June 2017 European Council will examine its operational follow-up.

In his 2016 State of the Union Address, Commission President, Jean-Claude Juncker, announced the Commission would publish a White Paper in March 2017 on the Future of Europe, setting out ‘a vision for the long term’, including how to strengthen and reform the Economic and Monetary Union. The Commission promised close involvement of the European Parliament, which will hold a debate on the future of the EU on 14 February 2017.

The European Council Oversight Unit within the European Parliamentary Research Service (EPRS)monitors and analyses the delivery of the European Council in respect of the commitments made in the conclusions of its meetings, as well as its various responsibilities either in law or on the basis of intergovernmental agreements.
View all posts by ECOS »
« Understanding equivalence and single passport in financial services: Third country access to the single market [Policy Podcast]
The EU and migration [What Think Tanks are thinking] »