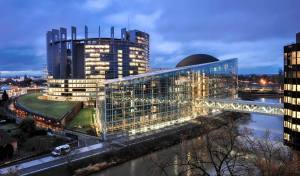 Following the United Kingdom’s formal notification on 29 March of its intention to withdraw from the EU, nine months after last June’s referendum, Parliament is set to debate a resolution setting out its main principles, broad objectives and red lines for the negotiations. Once adopted, this resolution will represent the EP’s contribution to the European Council guidelines for the negotiations, expected to be agreed on 29 April. Over the coming two years, it will also serve as a benchmark for Parliament when it comes to evaluate the agreement or agreements negotiated between the UK and the EU.

Scandals regarding the release of products for use by consumers which do not comply with the strict regulations in place hit the headlines regularly. These place the issue high on the European Parliament’s plenary agenda this month. For a new type of motor vehicle to be approved for use in the EU, it must pass tests on around 70 different requirements. These tests, although valid throughout the EU, are granted on a national basis, and each vehicle of an approved type is given a certificate of conformity. Despite these established procedures, the recent Volkswagen case has highlighted some weaknesses – particularly in regard to environmental pollution. The European Commission proposes to reinforce the approval process and, in advance of negotiations between Commission, Council and Parliament, the Parliament’s Committee on Internal Market and Consumer Protection would like to make these proposals tougher still. Parliament will discuss motor vehicle approval and market surveillance on Tuesday morning, along with the final report of its Committee of Inquiry into emission measurements in the automotive sector. Vehicles are not the only technology that we require to be safe for use: medical devices and in vitro medical diagnostic devices include equipment as varied as analytical laboratory equipment to use-at-home kits. Parliament is expected to vote on Wednesday on two Commission proposals to tighten regulations on the approval system for such devices, introduce stronger scrutiny, and special requirements for equipment which may pose health risks.

Although other issues take over the headlines from time to time, they never quite replace the ongoing humanitarian question of refugees and migrants fleeing natural disasters, wars and economic hardship, now at their highest ever levels with 244 million international migrants today. Parliament will debate and vote on a resolution on the role of EU external action in the refugee crisis on Tuesday afternoon. In concert with the United Nations’ position, Parliament is calling for a stronger response from the international community to assist those in urgent need of refuge from human rights violations and disaster in their home countries, and most particularly vulnerable women and children. Parliament will continue the focus on the role of women in rural communities with a discussion on a joint report from the Agriculture and Rural Development and Women’s Rights and Gender Equality Committees on Monday afternoon. Although making a vital and equal contribution, particularly in the farming sector, rural women face a gender gap, the majority officially considered ‘family members’ rather than partners in their businesses. Parliament would like to see appropriate measures employed to help improve working conditions for rural women, and increase their participation in society by offering the support of existing funding to provide labour market access and good quality public services. Parliament has previously deplored the discrimination faced by Roma women in particular, and an oral question is expected to be tabled on Thursday morning concerning International Roma Day. The Roma are Europe’s largest ethnic minority, numbering around 10 to 12 million people. Concentrated in Bulgaria, Slovakia, Romania and Hungary, Roma suffer marginalisation and prejudice. The EU promotes effective Roma integration measures in the Member States through funding and awareness-raising measures, and hopes to further Roma inclusion in European society through commemoration of a European Roma Holocaust Memorial Day on 2 August.

Tuesday afternoon is devoted largely to discussion of financial and economic matters, with a debate on the revision of the multiannual financial framework for 2014-2020 likely to attract some attention, given the constraints on an EU budget where the available flexibility has already been exhausted. Mutual funds that provide financing by buying short-term debt, money market funds (MMF) were highlighted as a possible weakness in the recent financial crisis. On Tuesday afternoon, Members will discuss a political agreement from November 2016, which introduces new liquidity and diversification requirements, sets terms for the type of asset in which MMFs may invest and establishes transparency measures. Continuing on the theme of investment, the European Commission proposes to revise the current regulations on the prospectuses firms are legally obliged to provide to potential investors, to make them briefer, easier to understand, and easier for smaller businesses to produce. Parliament will return to an earlier debate on the subject of prospectuses for investors on Tuesday afternoon, to vote in plenary on a text agreed in trilogue negotiations, which simplifies the administrative burden on companies and makes it easier and more transparent for investors to obtain information.

The first plenary session of April kicks off on Monday afternoon with a vote in plenary on a text agreed in trilogue discussions with the European Commission and Council on defining fishing vessel characteristics. The common fisheries policy seeks to cap fishing means to preserve fish stocks. Capping ceilings of total fishing fleet capacity therefore requires information on vessel capacity. The technical features of fishing vessels can vary greatly, and their effect on fisheries conservation is therefore also variable.

The current EU-Ukraine readmission agreement appears to be working well, with an 80 % return rate and only 2 % of applications refused. The Commission is therefore proposing to waive visa requirements for Ukrainians. On Wednesday afternoon, Members will discuss the proposal to waive visas for holders of biometric passports in the country, given that swifter action is now possible under the visa suspension mechanism, should a problem arise. On Wednesday also, Members will discuss the Commission’s most recent enlargement report on the former Yugoslav Republic of Macedonia. The country has not been able to form a government since elections in December, with the EU urging moves to unblock the situation. The Commission’s continuing recommendation that accession negotiations should start, subject to urgent reforms being undertaken, retains the support of Parliament’s Foreign Affairs Committee.

Finally, ending roaming charges for EU consumers is a priority in the establishment of the digital single market. However, before roaming charges can be completely abolished within the EU, new rules need to be put in place to regulate the wholesale market. After some discussion on where to set data caps, which allow providers to decide how much data consumers can use when travelling, it is expected that Parliament will vote on the proposal on Thursday. Roaming charges should then end on 15 June 2017, just in time for the holidays.