Removing CO2 from the air – golden opportunity or dangerous fantasy?

There is a growing consensus that the emissions of greenhouse gases cannot be reduced fast enough to achieve the targets of the Paris Agreement. Most climate models show that CO2 must be actively removed from the atmosphere in order to keep global warming well below 2 degrees. Staying below 1.5 degrees would require even more removals.

How can CO2 be taken out of the air? Will the technologies be ready? How much would it cost? How much CO2 could be removed? What are the risks?

These questions were discussed on 8 March 2018 in the European Parliament, at an event co-organised by the European Science Academies’ Advisory Council (EASAC) and the European Parliament Research Service (EPRS). EASAC (comprising the national science academies of the EU Member States plus Norway and Switzerland), was established to provide independent science advice to European policymakers. So far, EASAC has published 35 reports. Its latest report, published in February 2018, concerns negative greenhouse gas emission technologies.

Professor Michael Norton, Director of the EASAC environment programme, presented the main conclusions of the EASAC report: There are a number of promising technologies, ranging from forests and soils to machines that capture CO2 from the air, each of which has limits, costs and risks. For example, bio-energy with carbon capture and storage (CCS), a widely assumed negative emissions technology, competes for available land with agriculture, biodiversity and using forests as a carbon store. Moreover, its effectiveness in reducing emissions may be lower than commonly assumed. It depends on the availability of sites and infrastructure for storing the captured carbon, which the report identifies as one of the main bottlenecks, also for direct air capture technologies. The scale of the required CO2 removals is huge, and has been compared with the size of the global automobile industry. Enhancement of carbon in soils was also identified as a promising low-risk technology.

In the roundtable discussion, Hanna Aho of Fern, an NGO focused on forests and peoples’ rights, highlighted the need to balance the multiple functions of forests, and to protect and restore them with the help of local people. Maria Velkova, responsible for European Commission programmes that finance low-carbon technologies, presented the Commission’s existing initiatives for financing CCS (which have so far not resulted in large-scale projects) and the planned Innovation Fund. Kirsty Anderson of the Global CCS Institute emphasised the critical importance of investment in CCS infrastructure to support both mitigation and future negative emissions processes, and discussed the need to improve public awareness of these technologies and their role in reducing emissions. In his closing remarks, professor Thierry Courvoisier, president of EASAC, stressed that negative emission technologies cannot substitute for inadequate emission reductions and warned that markets are unlikely to deliver the needed solutions.

The EASAC report warns that negative emission technologies have only limited realistic potential to remove carbon from the atmosphere, and recommends deep emission reductions, a stop and reversal of deforestation and soil degradation, a way forward for CCS, and further research and development on the other negative emission technologies, as there is no time to lose. How can you get involved? It will be a while before you can have a direct air capture machine to remove your unavoidable emissions. In the meanwhile, planting a couple of trees seems like a good idea! 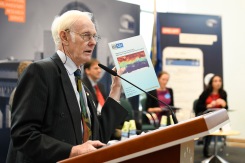 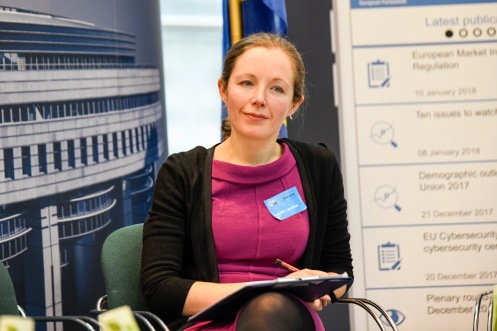 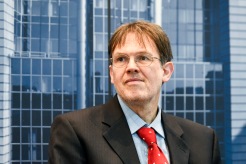 « The global state of democracy as seen by citizens
The future of employment: can we be optimistic about the impact of new technologies? »