New collection asks if we should fear artificial intelligence

‘Advances in Artificial Intelligence have inspired stupendous hopes and fears – many of them barely grounded in reality. This superb collection, from real experts, applies rationality and analysis to this emotional arena, and is indispensable for anyone wanting to understand one of the most important topics of our day.’

Artificial intelligence (AI) is emerging, once again, as one of the most hotly debated technologies on the horizon. This horizon is getting closer and, in some application areas, AI is already here. This has prompted debates about what AI means for the future of humanity, which occasionally includes extreme predictions on employment (such as a job-free society), and existential threats (such as a human-free earth). Most of the time, however, experts can imagine a range of possible outcomes of AI development, and are calling for more serious reflection on how we can meet the challenges and opportunities it presents and ensure a responsible development path. 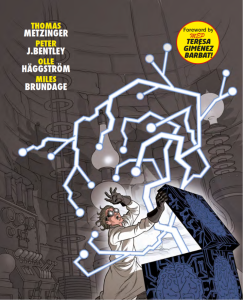 Spaces for this kind of observation, reflection and debate need to be created actively, ensuring that adequate attention is given to all relevant perspectives. This needs to include the perspectives of different scholarly disciplines, because no discipline has a monopoly on wisdom. For example, the science and engineering community holds a prominent role in the debate, because it is well positioned to reflect upon the boundaries of technical possibility and the limits of control mechanisms. On the other hand, social scientific expertise is essential to understand how technology develops in society.

When disagreements emerge between scholarly disciplines, they may arise from different epistemological and ontological traditions. They struggle to find a common language, which makes them difficult to resolve. As such, it is not surprising that many academic debates are limited to perspectives from the same discipline. However, it is important to create cross-disciplinary spaces where scholars can bring valuable far-ranging insights on a topic that could have a great impact on our future.

In this context, on 19 October 2017, STOA hosted a workshop at the European Parliament in Brussels on the subject of AI in the context of rational optimism. The event, led by STOA Panel member María Teresa GIMÉNEZ BARBAT, opened with a lecture from Steven Pinker (Harvard University), which outlined his argument that, while we do still have problems, life is getting better for humans and we have good reason to believe that it will continue to improve in the future. This provided a starting point for a panel debate, in which four speakers from four different disciplines – Peter J. Bentley, a computer scientist from University College London, Miles Brundage, a technology policy researcher from the University of Oxford, Olle Häggström, a statistician from Chalmers University, and Thomas Metzinger, a philosopher from Johannes Gutenberg University of Mainz – presented their responses to the question: Is it rational to be optimistic about AI?

The four speakers have now refined their perspectives in a collection of individual position papers. Free to set out their arguments on their own terms and in their own style, the authors provide a stimulating entry point to debates about the future of AI for interested parties in the parliamentary community and beyond.

The Scientific Foresight Unit (STOA) carries out interdisciplinary research and provides strategic advice in the field of science and technology options assessment and scientific foresight. It undertakes in-depth studies and organises workshops on developments in these fields, and it hosts the European Science-Media Hub (ESMH), a platform to promote networking, training and knowledge sharing between the EP, the scientific community and the media. All this work is carried out under the guidance of the Panel for the Future of Science and Technology (STOA), composed of 27 MEPs nominated by 11 EP Committees. The STOA Panel forms an integral part of the structure of the EP.
View all posts by Scientific Foresight (STOA) »
« Outcome of the EU leaders’ meetings on 22 and 23 March 2018
Maglev transportation [Science and Technology Podcast] »