Towards a global compact on refugees: Strengthening international cooperation to ease the plight of refugees in the world 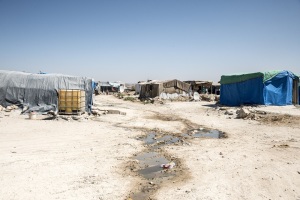 The recent large-scale flows of refugees and migrants have brought to the world’s attention more forcefully than ever the plight of persons who are forced to flee their homes due to war, insecurity or persecution. They have also exposed how ill-prepared the international community has been to deal with this challenge and how disproportionate the distribution of the burden of caring for such people has been among countries.

In 2016, to enhance preparedness for refugee crises, improve the situation of refugees and relieve the burden on host societies, the UN member states convened in New York and adopted a declaration paving the way for a non-binding international compact on refugees. They annexed to this declaration a comprehensive refugee response framework that spelled out a series of short and longer-term measures to address refugee crises. The framework has been applied in several pilot countries and the lessons learnt have fed into a global compact on refugees, which is being drafted by the UN Refugee Agency (UNHCR) through broad consultations with various stakeholders. The second draft was published at the end of April; consultations on it took place from 8 to 10 May 2018. A third draft was published on 4 June.

The global compact focuses on international-, regional- and national-level mechanisms for achieving a fairer distribution of the responsibilities related to refugees, and on areas where action can be improved. It has been criticised, among other things, for its non-binding character and for excluding victims of natural disasters from its scope.

Read this briefing on ‘Towards a global compact on refugees: Strengthening international cooperation to ease the plight of refugees in the world‘ on the Think Tank pages of the European Parliament.

Top 25 countries in the world ranked by the number of refugees and people in a refugee-like situation, excluding asylum-seekers, living in them in mid-2017 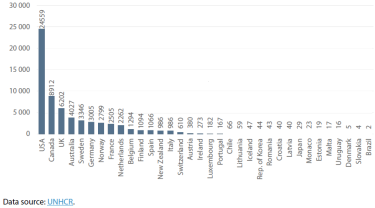 Number of resettled refugees by resettlement country in 2017

« New EU insolvency rules give troubled businesses a chance to start anew [EU Legislation in Progress]
US tariffs: EU response and fears of a trade war »