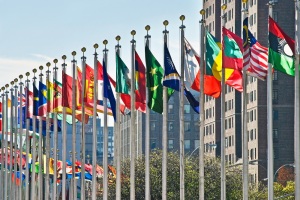 At the 72nd United Nations (UN) General Assembly on 18 September 2017, 120 countries expressed their commitment to the reforms proposed by UN Secretary-General António Guterres. Since 1946, the UN has undergone a number of reforms either in whole or in part. The term ‘reform’ has proved troublesome for UN member states on account of its lack of clarity and the lack of consensus as to execution. This is particularly apparent in the scepticism expressed by the United States (US) in 2018 regarding the need for global governance, the importance of UN Security Council decisions such as the Iran nuclear deal, and the efficiency of the United Nations.

This briefing explains how the current reform differs from previous ones, in as much as it focuses on management and addresses the criticisms of a lack of accountability and transparency, ineffectiveness, and the deficit in trust between the organisation and its member states in the current system. The United Nations reform agenda centres on three key areas: development, management, and peace and security. First, development reform will bring a bold change to the UN development system in order to achieve the goals of the 2030 Agenda for Sustainable Development. This will be centred on the creation of a new generation of country teams led by an independent team of UN country experts (‘resident coordinators’). Second, the simplification of processes, increased transparency and improved delivery of mandates will form the basis of a new management paradigm for the secretariat. Third, peace and security reform will be underpinned by placing priority on conflict prevention and peacekeeping, increasing the effectiveness and coherence of peacekeeping operations and political missions.

Two years after its launch, the reform process is starting to bear fruit, with implementation set to begin in 2019 and a focus on streamlining, accountability, transparency and efficiency. However, the reform process does not make explicit mention of bolstering human rights. This briefing also explores the possibility of capitalising on the current reforms so as to boost the indivisibility of human rights, while taking stock of stakeholders’ reactions to the UN reforms under way.

Read the complete briefing on ‘United Nations reform‘ on the Think Tank pages of the European Parliament.

« The death penalty and the EU’s fight against it
European elections: how to stand as a candidate »