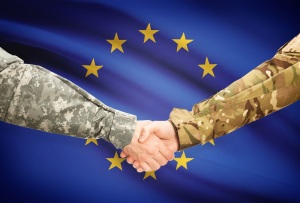 The idea that the European Union should deliver in the area of security and defence has become more and more popular with EU citizens. The crises in the EU’s eastern and southern neighbourhoods, such as the occupation of Crimea and conflicts in the Middle East, have created an environment of insecurity in which the EU is called upon to do more. Following the Council decision of 2013 and particularly since the launch of the EU global strategy in 2016, the EU had been working to respond to these needs predominantly by implementing in full the provisions of the Lisbon Treaty. In recent years, it has begun the implementation of ambitious initiatives in the area of security and defence, such as permanent structured cooperation (PESCO), the European defence action plan including a new defence fund to finance research and development of EU military capabilities, closer and more efficient cooperation with the North Atlantic Treaty Organization (NATO), a plan to facilitate military mobility within and across the EU, and a revision of the financing of its civilian and military missions and operations to make them more effective.

These new initiatives are illustrated in the relevant proposals in the new multiannual financial framework (2021-2027) and the accompanying off-budget instruments. Given EU leaders’ current support for further initiatives in EU security and defence policy, important debates are likely to take place in future on the possible progressive framing of a European defence union.

Read this complete briefing on ‘EU policies – Delivering for citizens: Security and defence‘ in the Think Tank pages of the European Parliament.

Expectations for more EU action than at present: percentage point differences between 2016 and 2018

Perception of EU action as adequate at present: percentage points difference between 2016 and 2018