Impact of the pandemic on elections around the world: From safety concerns to political crises 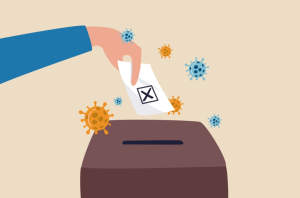 The coronavirus has taken a heavy toll on electoral processes around the world, with many elections being postponed because of emergency situations. Ideally, postponing elections should involve a sensible balancing act between the democratic imperative, enshrined in international law and national constitutions, to hold regular elections, and public health requirements restricting large gatherings and minimising close contact between people.

While some countries have decided to go ahead with elections, most countries with elections scheduled since the beginning of March have postponed them. Among those that have held elections during the pandemic, South Korea has emerged as a model for having organised a highly successful electoral process, while protecting the health of its population. Others, such as Burundi, have set a negative standard, ignoring health risks putting both population and politicians in peril.

Postponing elections as part of the policy response to the crisis ideally requires a broad political consensus. However, rescheduling has proven divisive in many cases. Those in power have often been accused by the opposition and other critics of trying to reshape the calendar to their own advantage, either by lifting lockdowns too early to allow for the restart of the electoral process (such as in Serbia − the first European country to hold parliamentary elections after the crisis) or by prolonging transitional situations unnecessarily (such as in Bolivia, which has an interim president).

The crisis provides a unique opportunity for electoral reform. Extending opportunities for early and remote voting has been seen as a way to reduce risk. However, much caution is needed, particularly as regards remote online voting, which involves either limitations of the right to voting secrecy or serious and still unmanageable cyber-risks.

Read the complete briefing on ‘Impact of the pandemic on elections around the world: From safety concerns to political crises‘ in the Think Tank pages of the European Parliament.