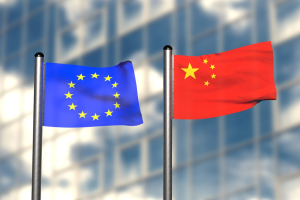 On Monday 22 June 2020, the EU and China held their 22nd summit, which on this occasion was conducted by video-conference. Leaders of the EU and China covered a wide range of issues, some increasingly problematic. Aside from the response to the coronavirus outbreak, topics addressed included trade, climate change, international peace and security, Hong Kong and human rights. No joint statement was agreed, as further progress would require ‘reciprocity and trust’. For the EU, China is seen as both a partner committed to multilateralism, on which it nevertheless pursues its own distinctive path, and a competitor, assertively using different economic and trade tools, such as state subsidies and foreign direct investment, to increase its market share and international leverage.

The EU-China summit, initially planned to take place in Beijing on 30-31 March 2020, but postponed due to the coronavirus outbreak, took place by video-conference on 22 June 2020. The Presidents of the European Council, Charles Michel, and of the European Commission, Ursula von der Leyen, joined by the EU’s High Representative, Josep Borrell, represented the EU, whilst Prime Minister Li Keqiang represented China. As was the case at previous summits held in Beijing, an exchange of views with the President of the People’s Republic of China, Xi Jinping, took place after the summit’s main proceedings, also by video-conference. However, the notable difference with past meetings was that this summit ended without any joint statement. As stressed by President von der Leyen, the summit was ‘only a starting-point’, with further progress requiring greater ‘reciprocity’ and ‘trust’.

The relationship with China is multifaceted, dependent on the policy area, with China being simultaneously a ‘cooperation partner’ (on climate change), ‘a negotiating partner’ (on trade), ‘a strategic competitor’ (on the economy) and a ‘systemic rival’ (with different values and political systems). All these dimensions were touched upon during the summit, which had a comprehensive agenda that included trade, climate change, international peace and security, the situation in Hong Kong, disinformation and the response to the coronavirus outbreak. President von der Leyen stressed that ‘China’s partnership is crucial, be it in terms of trade, climate, technology, and the defence of multilateralism’. However, President Michel also stressed that the EU and China ‘do not share the same values, political systems, or approach to multilateralism’.

Trade plays a central role in bilateral relations between the EU and China, with the EU being China’s largest single trading partner, and China being the EU’s second largest trading partner after the US. Given its scale, trade is a big factor in the turbulence currently affecting the bilateral relationship with China, although disinformation, the pandemic and human rights abuses also play an important role. Although an agreement on geographical indications (GIs) is reported to be on track, in the absence of political commitment on the Chinese side, there is no clear indication that negotiations on an investment agreement can be concluded by the end of 2020, as planned. EU relations with China are marked by an asymmetry in market access and the absence of an effective level playing-field able to ensure fair access to the Chinese market for EU companies. These two issues lead to an unbalanced trade relationship. They need to be addressed, including through China’s increased ambition and commitment to curb unfair trading practices by state-owned enterprises, and to act on transparency in subsidies and on forced technology transfers, prior to the conclusion of an investment agreement. Another item discussed as part of the trade debate was the future of the World Trade Organization (WTO), whose reform is one of the areas where the two parties converge on the need to pursue a multilateral approach, although they diverge on specific aspects, including on industrial subsidies.

Climate change is an important area where the EU and China are partners and where their support to multilateralism is visible. They are both committed to the implementation of the Paris Agreement, although the EU would wish to see China commit to more ambitious greenhouse gas emission reduction targets and set a target date for achieving climate neutrality as soon as possible after 2050. President von der Leyen stressed that the EU looks ‘forward to seeing decarbonisation play a big a role in China’s next five-year plan, as the European Green Deal plays a big role in our strategic agenda as well.’

International and regional peace and security

Similar to their previous summit in 2019, a wide range of international and regional issues were discussed, including Afghanistan, the situation on the Korean Peninsula, relations with Iran and the implementation of the Joint Comprehensive Plan of Action for Iran (JCPA). The latter is an item which the European Commission considered as having the potential to ‘deepen engagement with China on peace and security’ in its EU-China joint communication of March 2019. The summit also touched upon the situation in the South China Sea, as part of a debate on maritime transport safety.

China has launched a new national security law which, if adopted, would endanger Hong Kong’s autonomy and freedoms, and would be in clear contradiction with its Basic Law, including its guiding principle of ‘one country, two systems’. President Michel stressed that the EU had expressed its ‘grave concerns about the proposed national security law for Hong Kong’, whilst President von der Leyen stressed that human rights in general are ‘non-negotiable’, although both statements are likely to have little impact in light of analysts’ perception that such declarations would need to be backed up by sanctions. In this regard, the European Parliament adopted a resolution on the national security law for Hong Kong on 19 June, in which it called on the Council ‘to adopt targeted sanctions and assets freezes against Chinese officials responsible for devising and implementing policies that violate human rights’. More generally, the EU’s Human Rights Dialogue with China will be restarted once pandemic-related restrictions are lifted.

President von der Leyen pointed to the spike in online disinformation activities and hospital-related cyber-attacks linked to the coronavirus outbreak originating from China. In June 2020, the European Commission published a joint communication on disinformation in which it clearly indicated that China is one of the actors promoting misleading narratives, for example, as regards the EU’s support to third countries.

EU and Chinese leaders agreed to continue to support research efforts targeted at developing a treatment or producing a vaccine for Covid-19, and to participate in the international independent review on ‘lessons learned from the pandemic’.

Due to the pandemic, the incoming German Presidency of the Council of the EU has adjourned to a later date the in-person meeting between the EU Heads of State or Government and the Chinese leadership, initially planned to take place in Leipzig in September 2020. This does not necessarily mean that bilateral EU-China relations in autumn 2020 will be less important, as an intense period of negotiation faces both parties on the investment agreement, which is due to be concluded by the end of 2020. Other issues of concern to the EU, such as the evolution of the situation in Hong Kong or disinformation activities, will most likely continue to attract the attention of both the media and national and European leaders. The coronavirus outbreak led the European Council to postpone its strategic discussion on relations with China, which it had initially planned for March 2020, but it is unlikely that such a discussion can be postponed much longer.

Read this ‘at a glance’ on ‘Outcome of EU-China video-summit of 22 June 2020‘ in the Think Tank pages of the European Parliament.

« EU budget and recovery fund: Is it a done deal? [What Think Tanks are thinking]
Ten opportunities for Europe post-coronavirus: Exploring potential for progress in EU policy-making »