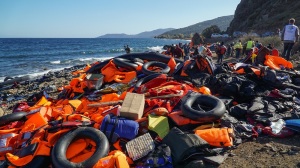 The ‘hotspot approach’ was presented by the European Commission as part of the European Agenda on Migration in April 2015, when record numbers of refugees, asylum-seekers and other migrants flocked to the EU. The ‘hotspots’ – first reception facilities – aim to improve coordination of the EU agencies’ and national authorities’ efforts at the external borders of the EU, in the initial reception, identification, registration and fingerprinting of asylum-seekers and migrants. Even though other Member States also have the possibility to benefit from the hotspot approach, only Greece and Italy host hotspots.

In Greece, the hotspot approach remains the key strategy in addressing migratory pressures. The EU-Turkey Statement of March 2016, closely linked to the implementation of the hotspot approach in Greece, led to a considerable drop in irregular migration flows from Turkey to the EU. However, returns of irregular migrants to Turkey – a cornerstone of the agreement – are low. The deteriorating relationship between Turkey and the EU is putting the agreement under increasing pressure.

The hotspot approach was also set up to contribute to the temporary emergency relocation mechanisms that – between September 2015 and September 2017 – helped to transfer asylum-seekers from Greece and Italy to other EU Member States. Even though 96 % of the people eligible had been relocated by the end of March 2018, relocation numbers were far from the targets originally set and the system led to tensions with Czechia, Hungary and Poland, which refused to comply with the mechanism.

Since their inception, the majority of the hotspots have suffered from overcrowding, and concerns have been raised by stakeholders with regard to camp facilities and living conditions – in particular for vulnerable migrants and asylum-seekers – and to gaps in access to asylum procedures. These shortcomings cause tensions among the migrants and with local populations and have already led to violent protests. On 8 September 2020, a devastating fire in the Moria camp, on Lesvos, only aggravated the existing problems. The European Parliament has called repeatedly for action to ensure that the hotspot approach does not endanger the fundamental rights of asylum-seekers and migrants.

This briefing updates two earlier ones published in March 2016 and in June 2018.

Read this briefing on ‘Hotspots at EU external borders: State of play‘ in the Think Tank pages of the European Parliament. 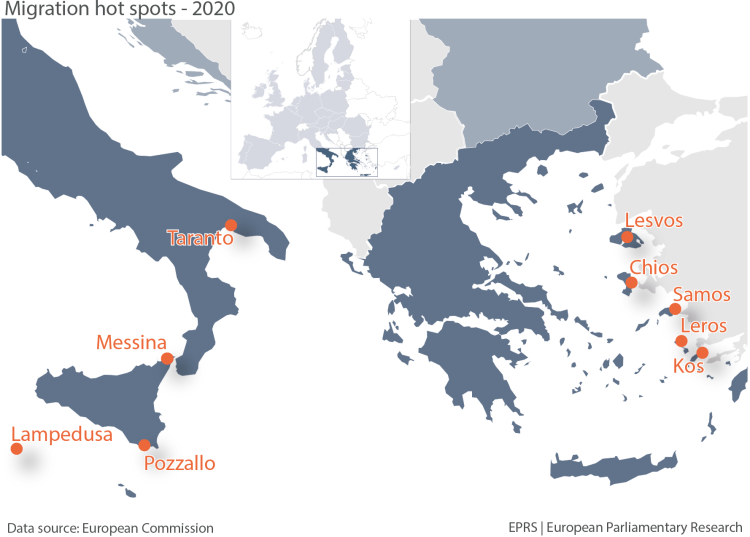 Hotspots in Greece and in Italy