The fourth railway package: Another step towards a Single European Railway Area

Written by Damiano Scordamaglia with the collaboration of Ivana Katsarova,

Railways were the first modern means of transport and the rail network developed considerably across the EU over time. Despite its expansion, when comparing 1995 with 2013, rail’s share has decreased for freight and has remained fairly constant at about 6% for passenger transport. This is due, among other factors, to the rise in car ownership and the growth of commercial aviation. Today, the rail sector faces many challenges: high development and operational costs, heavy reliance on public funding, administrative and technical barriers, a lack of homogeneity in governance structures and different approaches to liberalisation of rail markets. The European Commission has put forward a range of measures to reverse the decline in rail use since the late 1980s. Various objectives have been met: the separation of rail infrastructure managers and operators to ensure their mutual independence, the establishment of independent regulatory bodies, and the harmonisation of national safety and technical requirements with the creation of a European Railway Agency (ERA). Moreover, rail services have been fully liberalised, from 2007 for freight and from 2010 for international passenger transport.
Despite these improvements, the sector is still hampered by numerous shortcomings, including different national governance systems due to incomplete or heterogeneous transposition of EU law, sometimes leading to discrimination against new rail companies, the domination or monopoly of incumbent companies in many Member States, and cumbersome and costly dual management of technical and safety standards between ERA and national authorities. To remedy this situation and to enhance the competitiveness of EU rail services, the Commission put forward six legislative proposals in January 2013, collectively known as the fourth railway package. The proposals relating to safety and technical compatibility are part of the technical pillar, and aim to expand ERA’s powers and improve its governance, to streamline and speed up administrative procedures for new operators. The new measures relating to market liberalisation and governance structure, known as the market pillar, are intended to strengthen the infrastructure management independence and to gradually grant access  rights to all operators for domestic passenger services, either through competitive commercial services or participation in tendering procedures for public service contracts (PSCs). The fourth rail package also deals with the social impacts of rail liberalisation, with a view to avoiding a ‘race to the bottom’.
The legislative process, begun in 2013, is still ongoing. While the technical pillar did not raise serious difficulties, finding an agreement on liberalisation of passenger services, a model of governance and allocation of PSCs proved to be more challenging. In the European Parliament, the original committee position was modified by plenary amendments. For instance, Member States would get the choice between tendering procedures and direct award of PSCs. Interinstitutional negotiations began in October 2014, Council having reached an agreement on the technical pillar in June 2014. Debates on the market pillar continued during subsequent presidencies; a general approach being reached by unanimity in October 2015. Although the spirit of the initial proposals of the Commission is still discernible, exceptions were introduced as a result of pressure from some Member States and stakeholders. The Dutch Presidency seeks to reach an agreement on this file to enable the Parliament to vote in the first half of 2016. Once adopted, the fourth railway package will make a decisive contribution towards a Single European Railway Area.

To read the complete in-depth analysis on ‘The fourth railway package: Another step towards a Single European Railway Area‘ click here.

Figure 1 – 2012 Turnover by mode of transport* in million euros 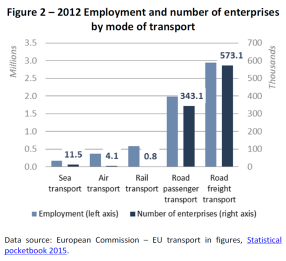 Figure 2 – 2012 Employment and number of enterprises

Figure 5 – Scale of liberalisation of passenger 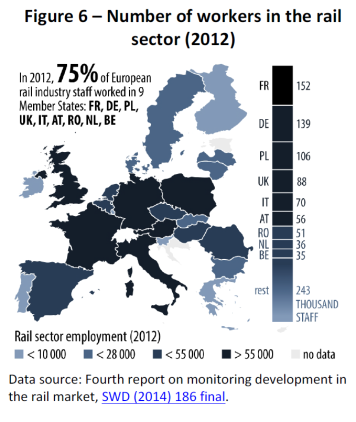 Figure 6 – Number of workers in the rail