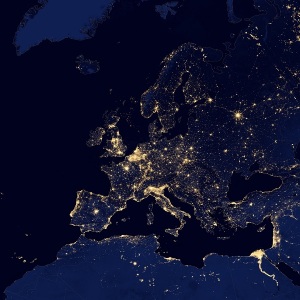 The EU faces challenges from both outside and within its borders. Most of these are the symptoms of big underlying trends, and handling them requires foresight. The annual Global Trendometer aims to provide such foresight for decision-makers in the EU, by analysing the changes in these long-term trends. The publication does not offer answers or make recommendations; rather, it presents summarised information derived from a range of carefully selected sources. This latest issue of the Global Trendometer analyses the following long-term trends: The future of India: Aligning ambition and potential

Democracy in the age of artificial intelligence

The US political system after Trump: Lasting damage to the republic:

Remittances: a hidden contribution to development

Public procurement in the city of the future

The Global Trendometer uses a specific foresight tool – trend analysis – which asks: how will developments catch up with us in the future? It is, however, not only focusing on trends, but also on uncertainties – key questions that decide the future trajectories of trends – and on disruptions – low probability, high impact opportunities and threats. This is the third edition of the Global Trendometer, following earlier issues in 2016 and 2017. The Global Trends Unit has produced a total of 32 articles on future issues that are still relevant today. Why not read for yourself?

Read the complete study on ‘Global Trendometer – Essays on medium- and long-term global trends – July 2018‘ on the Think Tank pages of the European Parliament.