Revision of the Drinking Water Directive [EU Legislation in Progress] 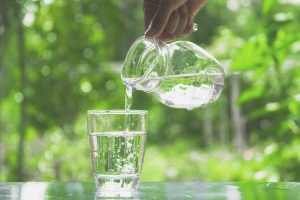 On 1 February 2018, the European Commission published a proposal for a recast of the Directive on the quality of water intended for human consumption (the Drinking Water Directive). The proposal responds to the European Citizens’ Initiative, Right2Water, and builds on a fitness check which concluded that the 20-year old directive is fit for purpose, but needs updating. The main elements of the proposal consist of updating the water quality standards, introducing a risk-based approach to the monitoring of water, improving and streamlining the information provided to consumers, harmonising the standards for products in contact with drinking water, and imposing obligations to improve access to water. In the European Parliament, the Committee on Environment, Public Health and Food Safety (ENVI) adopted its report on 10 September 2018. A plenary vote on the amendments, and on opening interinstitutional negotiations, took place on 23 October 2018. Although the Council reached a general approach on 5 March 2019, the Parliament concluded its first reading in plenary on 28 March 2019. Trilogue negotiations in view of reaching an early-second reading agreement could thus begin in the new parliamentary term.