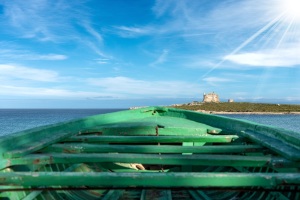 Refugee movements and migration are at the centre of global attention. In recent years, Europe has had to respond to the most severe migratory challenge since the end of the Second World War. The unprecedented arrival of refugees and irregular migrants in the EU, which peaked in 2015, exposed a series of deficiencies and gaps in EU policies on asylum, external borders and migration. In response to these challenges, the EU has embarked on a broader process of reform aimed at rebuilding its asylum and migration policies based on four pillars: reducing the incentives for irregular migration by addressing its root causes, improving returns and dismantling smuggling and trafficking networks; saving lives and securing the external borders; establishing a strong EU asylum policy, and providing more legal pathways for asylum-seekers and more efficient legal channels for regular migrants.

The record migratory flows to the EU witnessed during 2015 and 2016 had subsided by the end of 2017 and 2018. However, in order to deliver what the Commission calls an effective, fair and robust future EU migration policy, the EU, based on the Treaties and other legal and financial instruments, has been implementing both immediate and longer-term measures. Europe, due to its geographic position and its reputation as an example of stability, generosity and openness against a background of growing international and internal conflicts, climate change and global poverty, is likely to continue to represent an ideal refuge for asylum-seekers and migrants. This is also reflected in the growing amounts, flexibility and diversity of EU funding for migration and asylum policies inside as well as outside the current and future EU budget.

See also the parallel Briefing on ‘EU support for democracy and peace in the world’.

Visit the European Parliament homepage on migration in Europe.

Read this complete briefing on ‘EU policies – Delivering for citizens: The migration issue‘ in the Think Tank pages of the European Parliament. 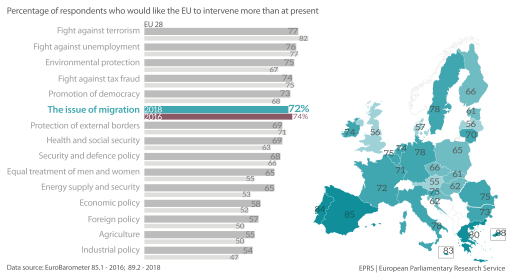 Expectations for more EU action than at present: percentage points difference between 2016 and 2018 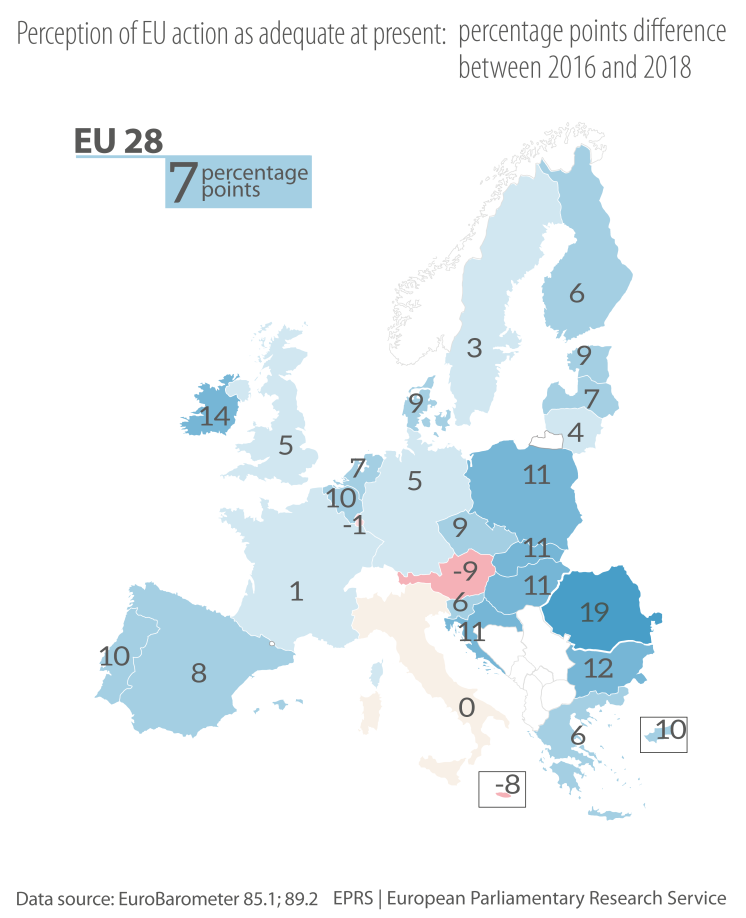 Perception of EU action as adequate at present: percentage points difference between 2016 and 2018

« Mobile phones and health: Where do we stand?
EU policies – Delivering for citizens: Future financing of EU policies [Policy Podcast] »