States of emergency in response to the coronavirus crisis: Situation in certain Member States III 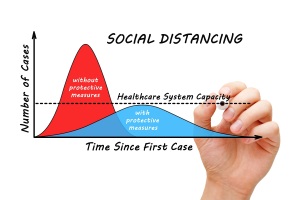 The spread of the coronavirus pandemic has prompted countries to take extensive and far-reaching measures to tackle the consequences of the outbreak. Apart from curbing the spread of the disease, these measures have also posed legal and economic challenges, significantly affecting people’s lives. Due to the nature of the virus, citizens’ rights and freedoms have been curtailed, inter alia affecting their freedom of movement and assembly, as well as the right to conduct economic activities. Whilst the measures are currently being relaxed, there is debate in some Member States over whether the measures were justified and proportionate. Some Member States resorted to declaring a ‘state of emergency’, whilst others did not, either because they have no such mechanism in their constitutional framework or because they chose a different path, giving special powers to certain institutions or using and modifying existing legislation. In either case, democratic scrutiny over the situation has been highly important, making parliamentary oversight crucial to ensure the rule of law and respect for fundamental democratic principles. This briefing covers the following countries: Croatia, Denmark, Finland, Luxembourg, the Netherlands, Portugal, and Sweden. It focuses on three key aspects: i) the constitutional framework of the state of emergency or legitimation of the emergency legislation; ii) the specific measures adopted; and iii) the extent of parliamentary oversight exercised on the adopted measures.

This briefing is the third in a series aimed at providing a comparative overview of Member States’ institutional responses to the coronavirus crisis. The first in the series gives an overview of the responses in Belgium, France, Germany, Hungary, Italy, Poland and Spain, while the second covers Austria, Bulgaria, Estonia, Latvia, Malta, Romania and Slovenia.

Read the complete briefing on ‘States of emergency in response to the coronavirus crisis: Situation in certain Member States III‘ in the Think Tank pages of the European Parliament.

« Key issues in the European Council: State of play in June 2020
European Centre for Disease Prevention and Control: During the pandemic and beyond »