Economic challenges and prospects of the refugee influx

The current refugee influx represents the largest population movement in Europe since World War II. Its size and complexity make it difficult to draw conclusions on the economic challenges and prospects valid for each Member State of the European Union (EU).

Many experts agree that, in the short term, the refugee influx will lead to rising costs, arising from the need to provide food, shelter and first aid. In the longer term, the refugee influx could be positive for the European economy by, for example, addressing the EU’s alarming demographic trends. Depending on their education, skills and willingness to work, refugees might improve the ratio of active workers and also contribute to innovation, entrepreneurship and GDP growth. Regarding the labour market, migrants can fill important niches both in fast-growing and declining sectors of the economy, and contribute to labour-market flexibility.

Refugee, migration and asylum policy is largely under the auspices of the Member States and intergovernmental EU policy-making. The uncontrolled mass arrival of refugees has highlighted the different views in the Member States on migration and immigration, driven by economic, social and cultural divergences and spurred the debate on a new EU migration policy.

According to the European Parliament, the EU and its Member States should target the potential gains from the current influx by, inter alia, successful economic and social integration of the refugees.

Download the complete Briefing on ‘Economic challenges and prospects of the refugee influx‘ in PDF. 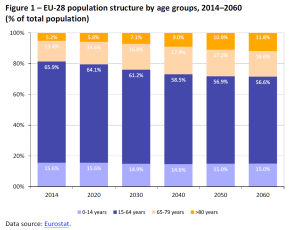 Employment rates of foreign-born population aged 15-64 not in education by educational level, 2012-2013 (Difference with the native-born in percentage points)