As part of the European Agenda on Migration, the Commission proposed a regulation on 9 September 2015 to establish a common EU list of safe countries of origin, initially comprising Albania, Bosnia and Herzegovina, the former Yugoslav Republic of Macedonia, Kosovo, Montenegro, Serbia and Turkey. The aim is to fast-track asylum applications from citizens of these countries, which are considered ‘safe’ in full compliance with the criteria set out in the Asylum Procedures Directive 2013/32/EU and the principle of non-refoulement. Currently, lists are defined at national level and not coordinated, which can lead to different recognition rates of similar asylum applications, and thus create incentives for secondary movements and asylum-shopping.

Detections of illegal border crossings in the EU (January – June 2015) 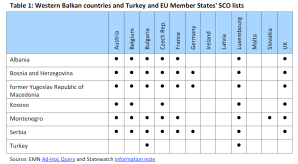 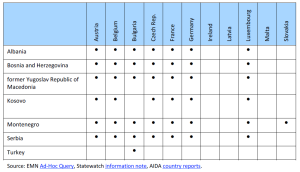