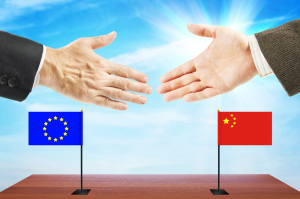 Lack of reciprocity in access to the Chinese market and the absence of a level playing field for EU investors in China have posed major challenges for EU-China investment relations in recent years, with the negotiation of a comprehensive agreement on investment (CAI) being considered by the EU a key instrument to remedy this state of play.

The CAI negotiations are aimed at establishing a uniform legal framework for EU-China investment ties by replacing the 25 outdated bilateral investment treaties (BITs) China and EU Member States concluded prior to the entry into force of the Lisbon Treaty in 2009 when the EU gained competence for most investment issues. The CAI is intended to go far beyond traditional investment protection to also cover market access, investment-related sustainable development, and level playing field issues, such as transparency of subsidies, and rules on state-owned enterprises (SOEs) and forced technology transfer.

Although leaders at the 2019 EU-China Summit jointly committed to concluding the CAI talks in 2020, lack of engagement at the highest political level on the Chinese side has raised doubts as to whether a breakthrough can be reached in time, with China more focused on navigating the uncertainties of its relations with the United States from January 2021.

Read the complete briefing on ‘EU–China Comprehensive Agreement on Investment: Levelling the playing field‘ on the Think Tank pages of the European Parliament.