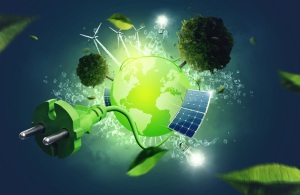 Due to their low greenhouse gas emissions compared to fossil fuels, RES are considered as critical for meeting the EU’s climate targets. As mostly indigenous energy sources, they also help reduce the EU’s dependence on energy imports. Moreover, RES help reduce air pollution. The renewable industries employ over a million people in the EU.

The EU aims to get 20% of its final energy consumption from RES by 2020, and at least 27% by 2030. The Renewable Energy Directive sets national targets for all Member States, which have to develop national action plans and report on progress every two years. The EU emissions trading system favours RES indirectly by raising the cost of fossil fuel combustion. The Fuel Quality Directive promotes the use of biofuels by mandating fuels with lower greenhouse gas intensity. In 2014, the European Commission adopted state aid guidelines to make sure that national support for RES is compatible with EU competition law and internal market rules. The Commission plans to revise the Renewable Energy Directive in 2016. Other legislation related to RES is also under review.

EU Member States are free to decide how they support RES, so long as they comply with the rules of the EU energy market. The most common support mechanisms for renewable electricity have been feed-in tariffs and feed-in premiums, but competitive auctions are becoming increasingly popular.

In 2014, RES had a 16% share in the energy consumption of the EU. Nine Member States have already achieved their targets for 2020, while others will have to make more efforts to reach their goals. Investment in RES in Europe has slowed down in recent years, due to policy changes, a sluggish economy and falling RES technology costs.

The development of RES poses a number of scientific and technical challenges. The integration of increasing amounts of variable renewables, such as wind and solar, in electricity grids requires better balancing supply and demand, more grid interconnections and energy storage. Biomass requires large land areas for forests or energy crops. Challenges like land use change and competition with food production must be addressed.

Investments in RES are facilitated by a predictable regulatory framework that reduces the risk for investors and hence the cost of capital. However, incentives must be reduced in line with falling technology costs, in order to avoid over-compensation and rising energy prices. The Commission is currently preparing a legislative proposal for a new electricity market design that facilitates the integration of RES in the market.

The European Parliament supports the growth of RES in the EU, and has called for a binding 30% RES target for 2030, to be implemented by means of national targets for each Member State. Parliament’s Committee on Industry, Research and Energy (ITRE) has worked on own-initiative reports on energy market design and on the renewable energy progress report.

Read the complete in-depth analysis on ‘Promotion of renewable energy sources in the EU: EU policies and Member State approaches‘. 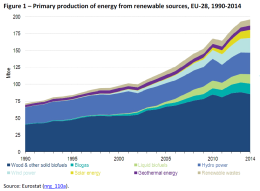 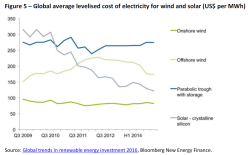 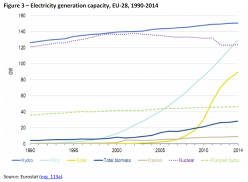 « Focus on digital health events
Waste management: Which way for the circular way? »