Tackling food waste: The EU’s contribution to a global issue 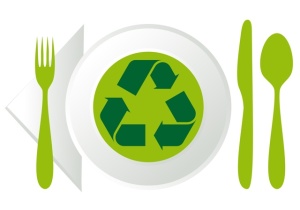 In spite of the availability of food, there is still malnutrition in the world. Food is lost or wasted throughout the supply chain, from initial agricultural production down to final consumers. In developed countries, a significant amount of food is wasted at the consumption stage, meaning that it is discarded even though still suitable for human consumption. In developing countries food is lost mostly at the farmer-producer end of the food supply chain; much less food is wasted at consumer level.

Experts assert that the largest part of food waste in developed countries is produced by households and is linked mainly to urbanisation, changes in the composition of diets, and large-scale mass distribution. Food losses and waste have negative environmental and economic impacts and their existence raises questions for society.

Overall, on a per-capita basis, much more food is wasted in the industrialised world than in developing countries. In the EU, food waste has been estimated at some 88 million tonnes, or 173 kg per capita per year. The production and disposal of this food waste leads in turn to the emission of 170 million tonnes of CO2 and consumes 261 million tonnes of resources.

The EU is contributing to reducing food waste mainly through its commitment to halve the disposal of edible food in the EU by 2020. Various national initiatives also aim to attain this goal. In June 2016, EU agriculture ministers adopted conclusions in which they pledged to improve data-gathering and awareness-raising on food losses and waste. In addition, they urged the European Commission to remove the legal and practical barriers so that it becomes easier to donate food.

Share of global food loss and waste by commodity, 2009 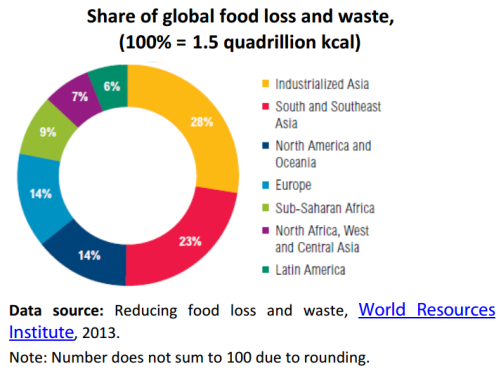 Estimated total food waste in the EU, 2010 (kg per capita) 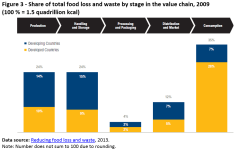 « Can e-skills boost job growth in Europe?
In focus week on the Western Balkans »

22 thoughts on “Tackling food waste: The EU’s contribution to a global issue”